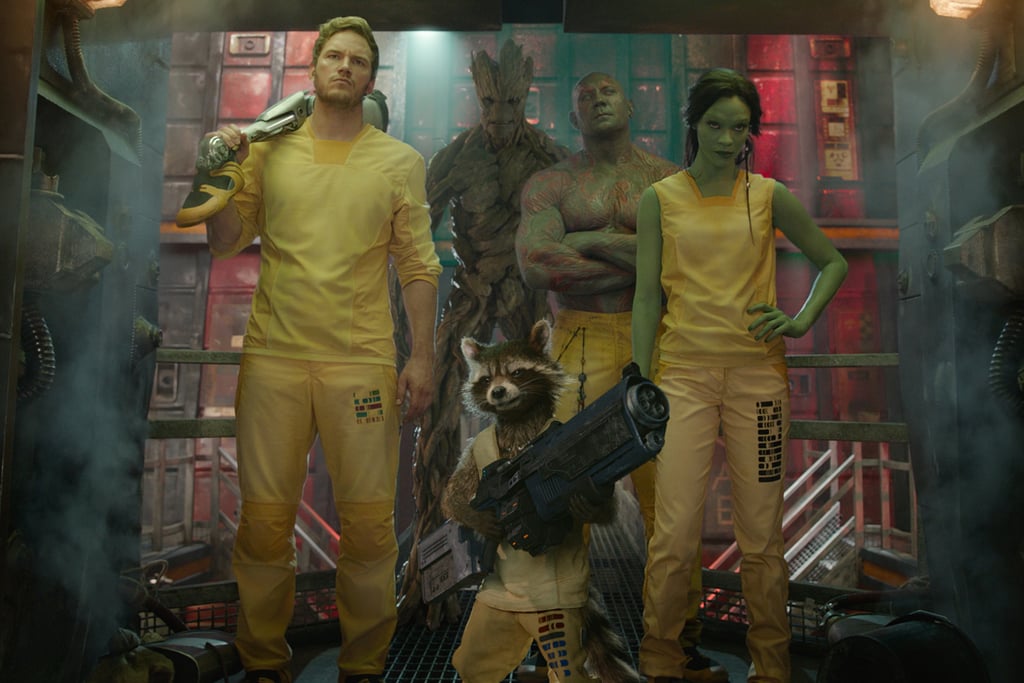 I've been excited about Guardians of the Galaxy ever since Chris Pratt was cast as the strapping lead, a space outlaw by the name of Peter Quill, aka Star-Lord. I'm happy to report that the movie is just as good as I hoped it would be. Pratt's Star-Lord is just as hot as I anticipated, Zoe Saldana kicks just the right amount of arse as alien warrior Gamora, and even Bradley Cooper is hilarious as the foul-mouthed Rocket Raccoon. Since these guys are the new kids on the block of the Marvel film universe, you might be a bit hesitant to check out Guardians of the Galaxy. I want to assure you that they're every bit as great as The Avengers, and this is why.

Image Source: Disney
Join the conversation
MoviesGuardians Of The GalaxyMovie Reviews
More from POPSUGAR
From Our Partners
Related Posts