Looks like Leighton Meester is ready to show off her pipes on the big screen: She and Gwyneth Paltrow are both set to star in Love Don't Let Me Down, a drama about country singers. Paltrow plays an industry has-been who meets a young, up-and-comer (Garrett Hedlund). They team up to go on tour with Paltrow's on-screen husband (Tim McGraw) and a former beauty queen (Meester); drama and hookups inevitably ensue. Shana Feste wrote the screenplay and will direct; Tobey Maguire is on board to produce via Maguire Entertainment. 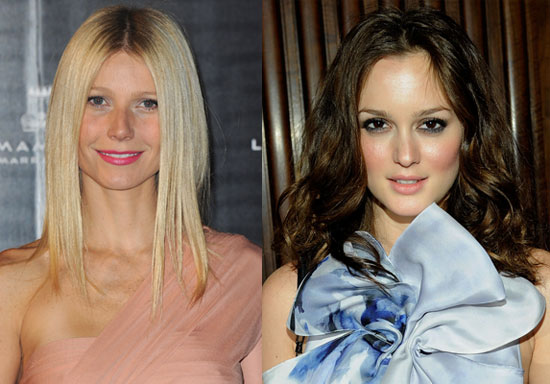 This is definitely a step up for Meester (no offense directed toward The Roommate), but I'm not exactly bursting with excitement over this one. Sure, Paltrow has a sweet voice in Duets, but to carry a country tune alongside Tim McGraw? Let's just say I'm interested to hear more.

Movies
The Trial of the Chicago 7: Yes, Judge Hoffman Really Was That Awful
by Stacey Nguyen 7 hours ago

Celebrity Interviews
How True to Life Is the Trial of the Chicago 7 Script? For Yahya Abdul-Mateen II, Very
by Kelsey Garcia 7 hours ago