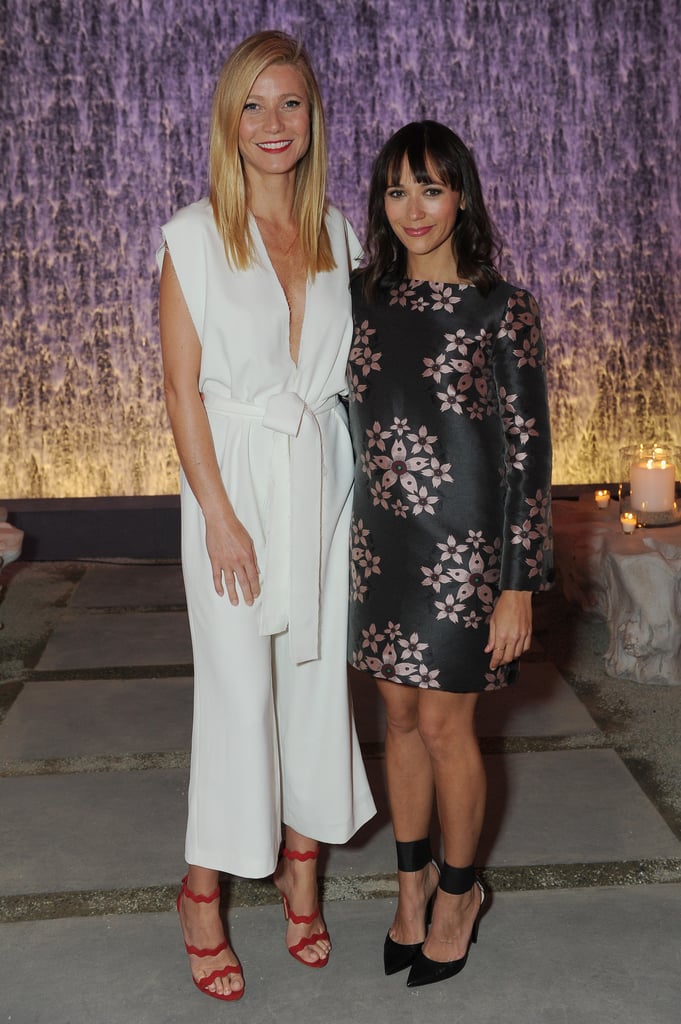 Gwyneth Paltrow Is All Smiles During a Fun Outing in LA

Gwyneth Paltrow looked gorgeous on Wednesday when she stepped out for a fun outing in LA. The actress attended the unveiling of the RH Modern Gallery on Nov. 4 and caught up with some of her famous pals, including Rashida Jones, Julianne Hough, and Jaime King. Gwyneth, who stunned in a white jumpsuit and red heels, didn't seem to be preoccupied with ex-husband Chris Martin's new romance. The Coldplay singer was spotted kissing and dancing with Annabelle Wallis in Paris in October.

While Chris has been busy with his new girlfriend, Gwyneth has been spending quality time with close family and friends. In addition to having a sweet mother-daughter date with Blythe Danner in October, the actress sizzled at the InStyle Awards and had a night out with the American Horror Story: Hotel cast. Gwyneth's boyfriend, Brad Falchuk, is a co-creator and producer on the spooky series. Keep reading to see more of Gwyneth's latest outing, and then check out her cutest pictures with her kids, Apple and Moses.

TV
There Couldn't Be a Parks and Rec Special Without a Singalong to "Bye Bye, Li'l Sebastian"
by Grayson Gilcrease 04/5
Latest Celebrity
×