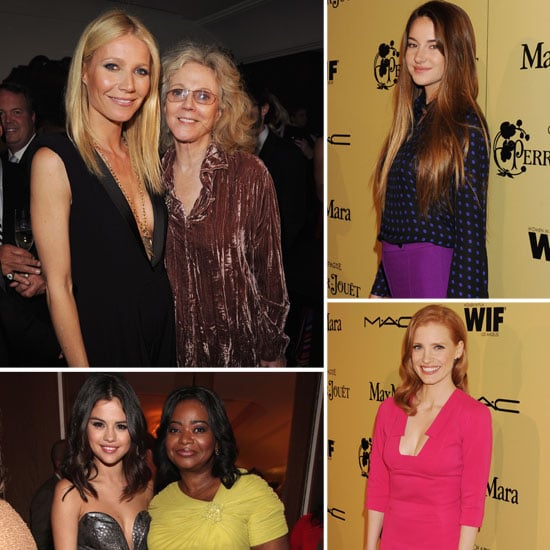 Gwyneth Celebrates Women in Film With Selena, the Ladies of The Help, and More

Gwyneth Paltrow, Viola Davis and Selena Gomez were among those who stepped out for Friday night's Women in Film pre-Oscar event, held at Cecconi's restaurant in LA with the support of MAC and Perrier-Jouët. Wearing a deep-V-necked Boy. by Band of Outsiders jumpsuit, Gwyneth, who's a presenter at tomorrow's show, made the rounds with her mother Blythe Danner. Viola had her The Help co-stars Jessica Chastain, in Elie Saab, and Octavia Spencer on hand to let off steam before tomorrow's Academy Awards. All three women are in the running for statues thanks to their work in the movie. Shailene Woodley, in the midst of an awesome awards season thanks to her movie The Descendants, also made the rounds, along with Tibi-clad Vanessa Hudgens, and many more.

Movies
The Princess Switch Sequel Is Hitting Netflix in November, So More Royal Cheer Is on the Way
by Brea Cubit 1 week ago

Award Season
Don't Miss Out! Here Are 50 of the Very Best Pictures From This Year's Emmys
by Haley Lyndes 4 weeks ago
Latest Celebrity
×