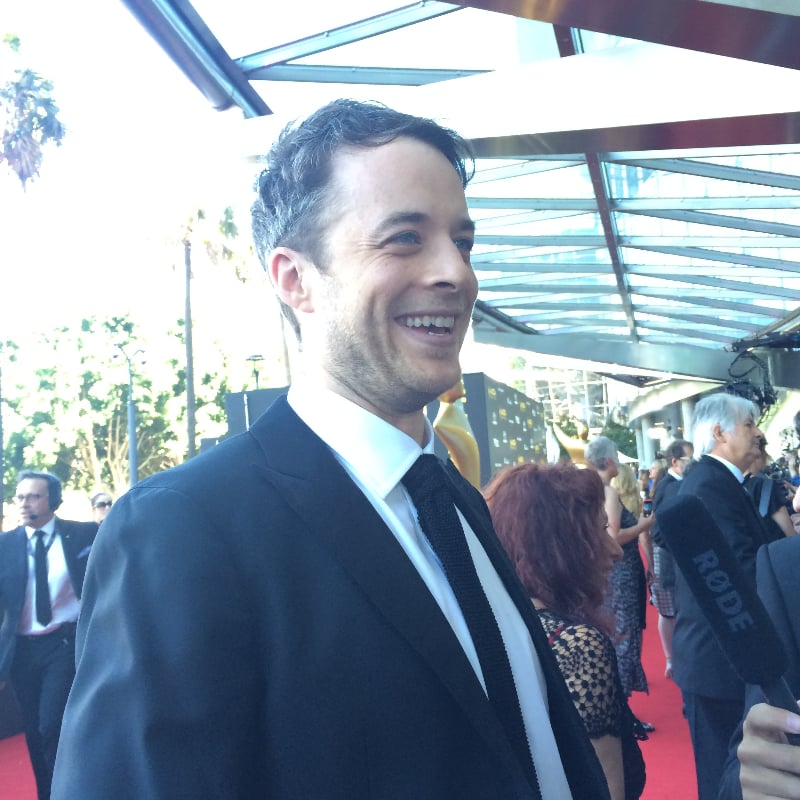 Hamish Blake was always bound to have cute kids, but no one could have predicted that his adorable chubby son, Sonny Donald Blake, would go on to be an internet celebrity. Then again, when your parents are as witty and hilarious as Hamish and Zoë Foster Blake, you have an advantage. We stole a quick moment with Hamish at Thursday night's AACTA Awards in Sydney, where his show Hamish and Andy's Gap Year South America was nominated, to talk about his "awesome" boy and his Humans of New York parody.