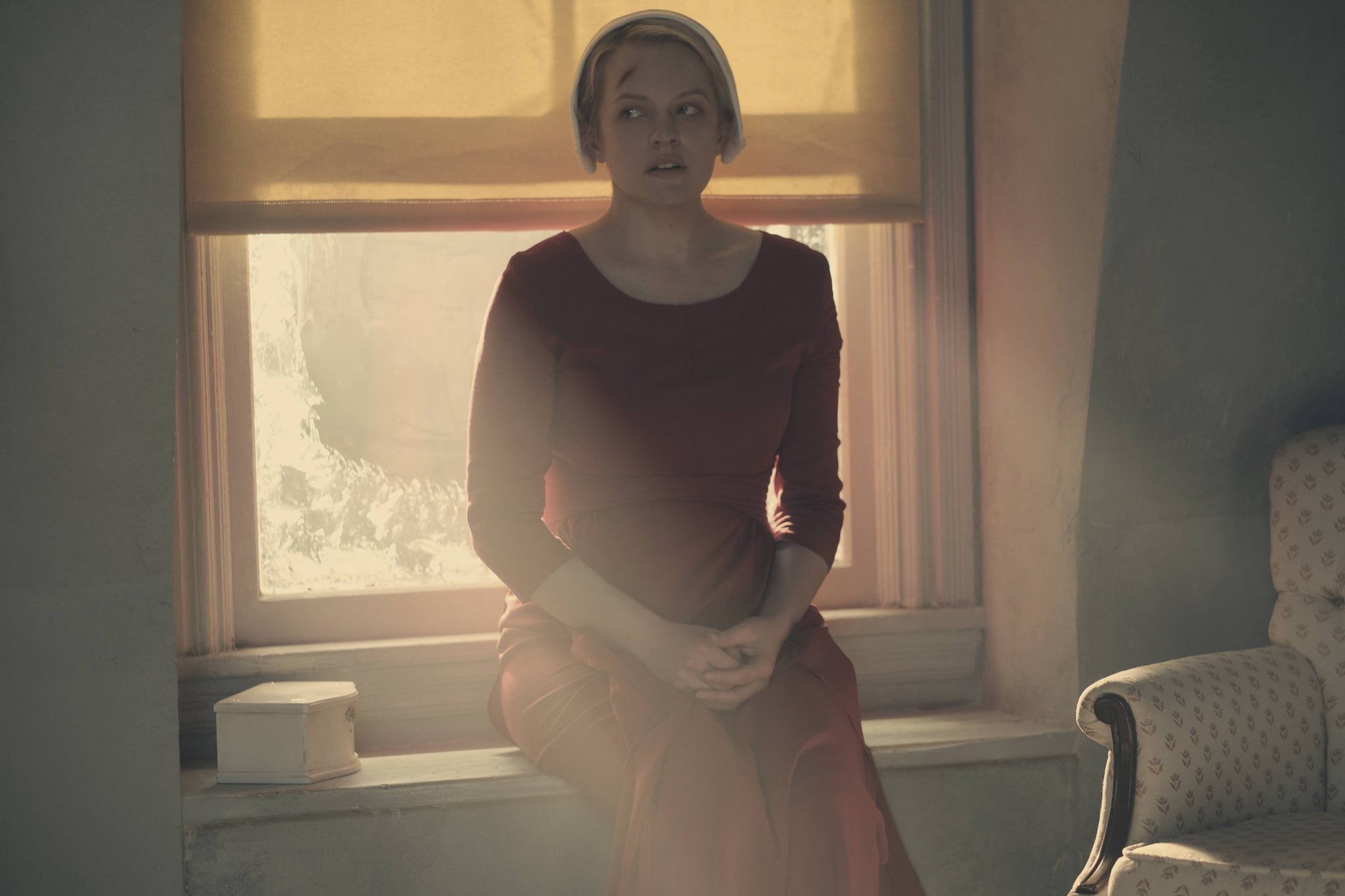 We're officially in some new fresh hell in 2018, and when it comes to The Handmaid's Tale, we're already looking ahead. If you read the book, you'll know that the first season finale ends in the same frustrating way the book ends: June is taken into a mysterious van and carted off to a mysterious future somewhere else. In this case, though, we don't have to wonder endlessly. The story will continue. Since we're venturing into uncharted territory beyond the books, the sky is pretty much the limit. How much can we uncover about the show's next chapter? Well, blessed be the fruit — we've got a lot to go over. Let's see what we could uncover (under his eye).

While the first season was 10 episodes, the second has been extended to 13.

2. Alexis Bledel Will Reprise Her Role

Thought you'd seen the last of Ofglen/Emily? Not so fast. Bledel has been confirmed as part of season two's cast! We'll get a glimpse of Ofglen in the Colonies, the toxic wasteland where women who commit crimes are sent as punishment. "We get to see the colonies. It's a terrible place where they send Unwomen to work them to death," executive producer Bruce Miller said during a pre-Emmy panel in August. Bledel also commented on her character's new situation, saying, "I'm very interested to see what that looks like because it's a completely different world we haven't seen on the show yet — and I'm scared."

3. The Colonies Are Even Bleaker and Darker Than They Sound

A new feature by Marie Claire describes the Colonies in all their grim glory. As a refresher, the Colonies are where deviants (known as Unwomen) get sent for misbehaving. The new story describes the Colonies as "a dark and grime-filled wasteland." Costume designer Ane Crabtree offered a bit more insight. "The Unwomen are kind of the new Handmaids in season two. They're turning over soil, trying to move radiation, so they get filthy," she revealed. "They have probably six months — at best two years — to live. We're trying to show that humanity in their costumes. I made beautiful sheer pieces to be worn under their outfits since they strip down, as their clothing is full of radiation." Yikes. 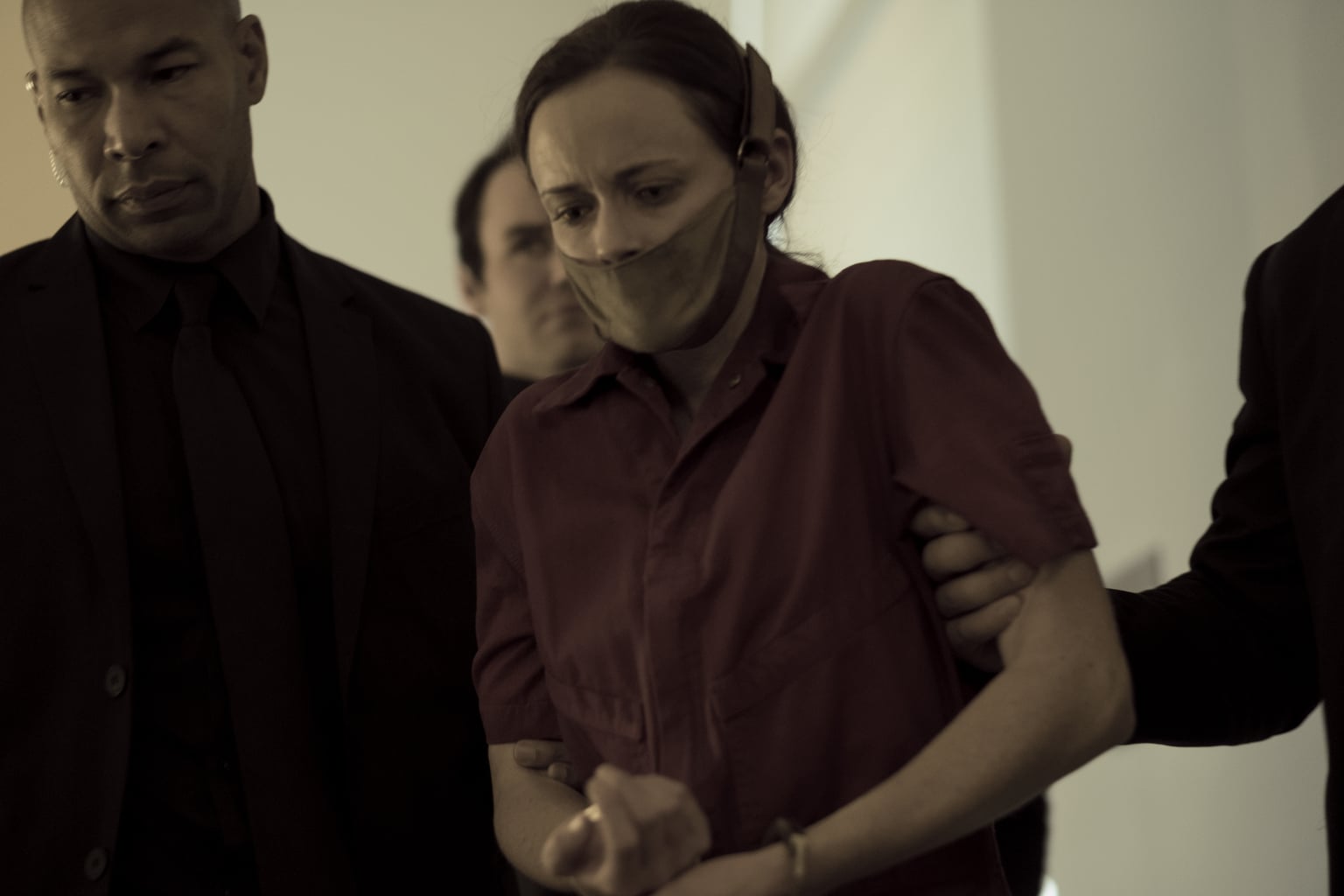 4. Surprise, Surprise: The President Has Inspired Parts of the Season

While season one of the show was planned before the 2016 election, the same is not true for season two. When it comes to some of Trump's "draconian policies," as Marie Claire phrases it, creator Bruce Miller can't help but incorporate today's reality into the fabric of the show. "Oh, I think we can't help but let it influence us," he said. "We have let it influence us. And there are a lot of issues we brought up last year that we want to address this year in ways we never had time to."

5. Things Are Only Going to Get Worse All Around

Earlier this month, The Pool interviewed Elisabeth Moss and grilled her on what's to come. "Wait till you see what's coming! It's going to get worse, girl. Season two is going to be bad too, really dark." Here we were, thinking June might have been rescued from the Waterfords. Maybe it's not that simple.

6. June's Romance With Nick May Intensify

Elle ran a profile of Moss in early June, and she dropped a small tidbit about her Gilead lover, Nick. "It's part of the reason that I'm really excited about a season two, she's in this position where she might be in love with two people," Moss said, "Honestly, I think she does love Nick — if I can speak for her — but I don't know if she knows that she does yet. But she has a husband who she also loves, who's the father of Hannah, who she also now knows is alive." 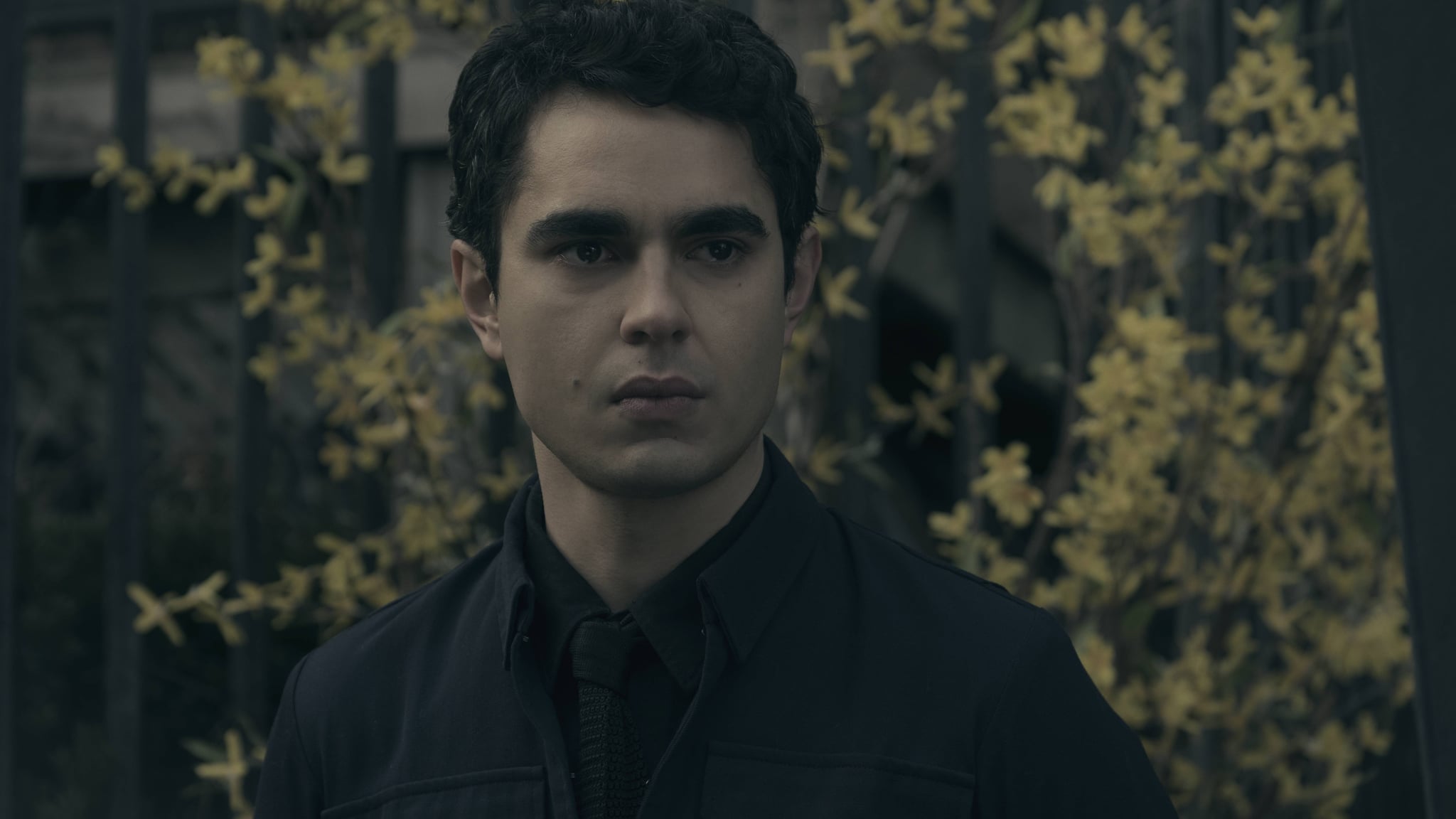 7. Pay Attention to the Marthas

Meanwhile, Miller also spoke to The New York Times about season two. Aunt Lydia could still play a key role in the show's next chapter. "Aunt Lydia is one of my most fascinating characters," Miller said. "We would like to explore her back story, and what the lives of the aunts are like."

9. The Mayday Resistance Is Another Key Component, but Let's Not Get Too Excited

It's easy to assume Mayday means salvation for the Handmaids, but not so fast. "The Mayday resistance is going to be a big part of Season two," Miller admitted. "The part that I've been thinking about is that Mayday is not the handmaid rescue organization — it's the anti-Gilead organization. And the anti-Gilead organization is not necessarily a friend to June or a friend to Handmaids. If I was going to try to hurt Gilead, the first thing I might do is kill all the handmaids. You're trying to weaken the state." 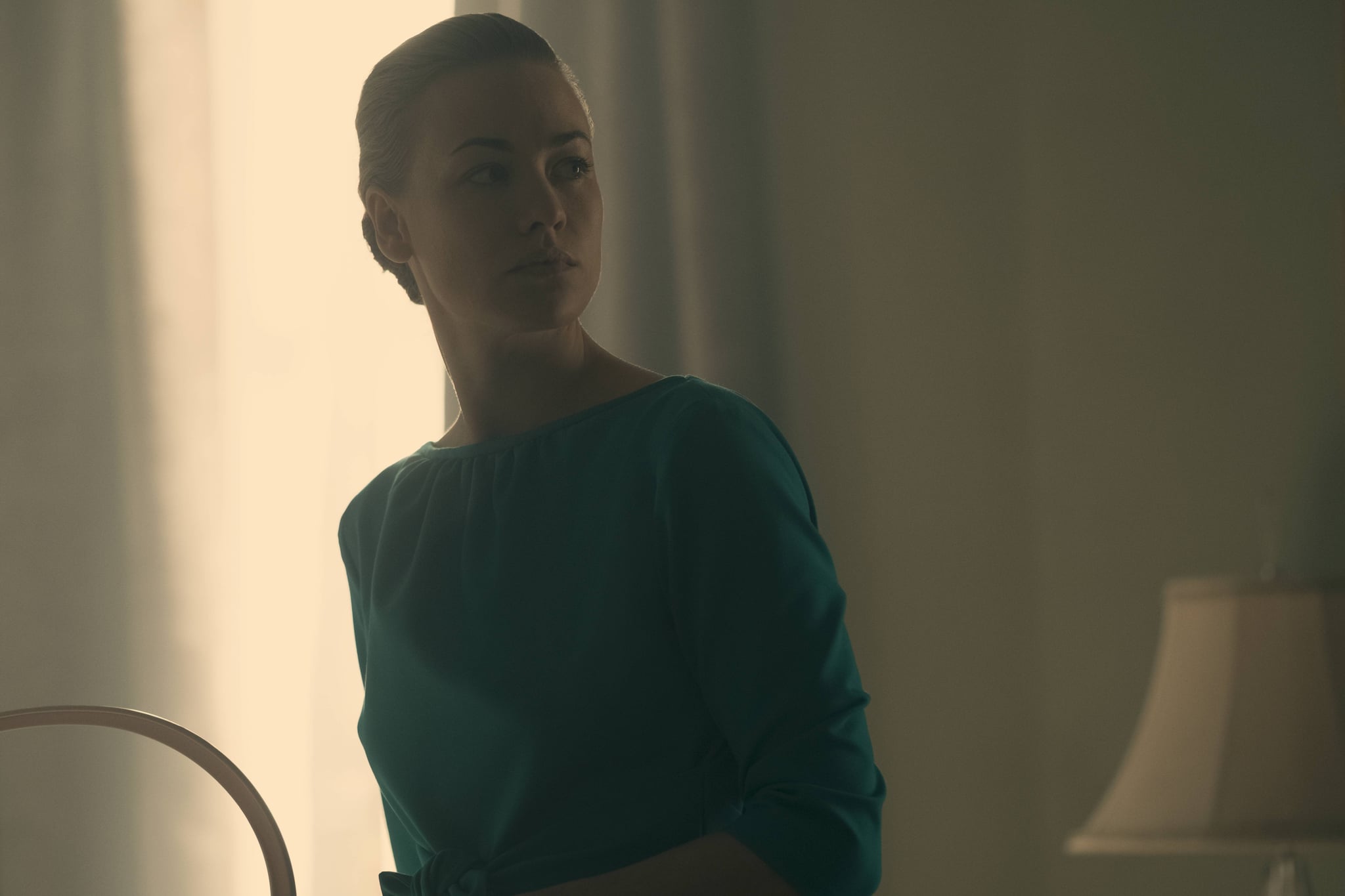 10. The Waterfords Aren't Necessarily Going Away

After the finale, Miller talked about what's to come. In regards to the Waterfords, he said, "They're still a part of our plans for season two but in interesting ways."

Miller also explained how June's parentage could factor into the story. Miller spoke about June's mother: "We've been thinking about her a lot. June's mother is a big character in the book and representative of an interesting kind of feminism that was seemingly more of that time."

"At the end of season one, we find out June was pregnant. The theme of season two is motherhood and what it means to be a mother," Miller explained at The Handmaid's Tale panel in August. "It's the way we mother our good friends and the people in our lives."

14. The Premiere Date Has Been Set

The second season is going to drop in April, but there hasn't been any word on what day.

TV
13 Reasons Why: All the Characters We've Lost Since Season 1
by Corinne Sullivan 5 days ago

TV
I'll Be Gone in the Dark: Why the Suspected Golden State Killer Is Still Awaiting Trial
by Hedy Phillips 5 days ago

TV
With 13 Reasons Why Ending, the Cast Wants You to Remember "High School Is Not Everything"
by Kelsie Gibson 20 hours ago

TV
Dismantling Maggie's Big Mystery on Space Force: Why Is She in Prison?
by Hedy Phillips 5 days ago