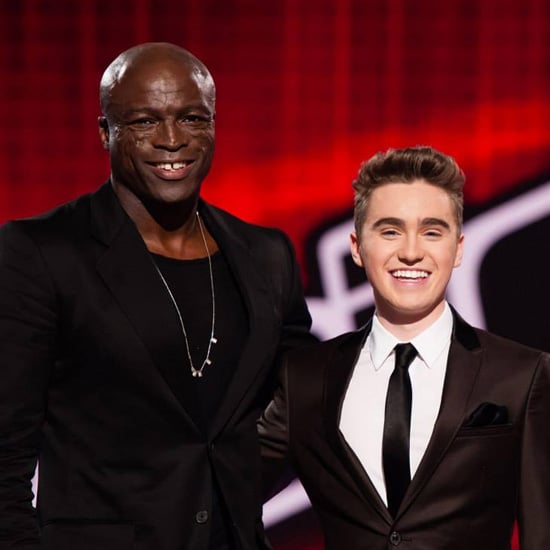 Harrison Craig has been named the winner of The Voice 2013! The 18-year-old took out the title over Luke Kennedy in the grand final that aired tonight. Harrison, who has been a viewer favourite from the early stages and was predicted to win thanks to a string of top 10 hits on the iTunes charts, was coached by Seal throughout the series after all four coaches turned their chairs for him in the blind audition. His stutter, which only occurs when he speaks, has also been highly-publicised during the season, but it was his voice and charm that kept fans voting for him.

The result read like a repeat of last year's grand final — in fourth place was Team Joel's Danny Ross; in third, Team Delta's Celia Pavey, with Team Ricky's Luke placing second. Each of the contestants took to the stage to perform one last time with their coaches during the show — Danny and Joel Madden sang "Pompeii" by Bastille, Luke and Ricky Martin added a Spanish flair to "Roxanne" by The Police, Celia and Delta Goodrem matched harmonies on Fleetwood Mac's "Go Your Own Way," and Harrison and Seal sang "He Ain't Heavy, He's My Brother" for their duet.

The grand final had extra star power in the form of Ryan Tedder and OneRepublic — Ryan was Delta's mentor during the battle stage this year — and Robin Thicke, who performed his cheeky chart-topping hit "Blurred Lines." Delta and Ricky also returned to the stage for TV debuts of their respective singles "Heart Hypnotic" and "Come With Me."

As the winner of The Voice, Harrison has won a recording contract with Universal Music Australia, $100,000 cash and a Ford Kuga car. His debut album More Than a Dream will drop on June 25 and will feature his new single "Unconditional," which he premiered at the end of the show.