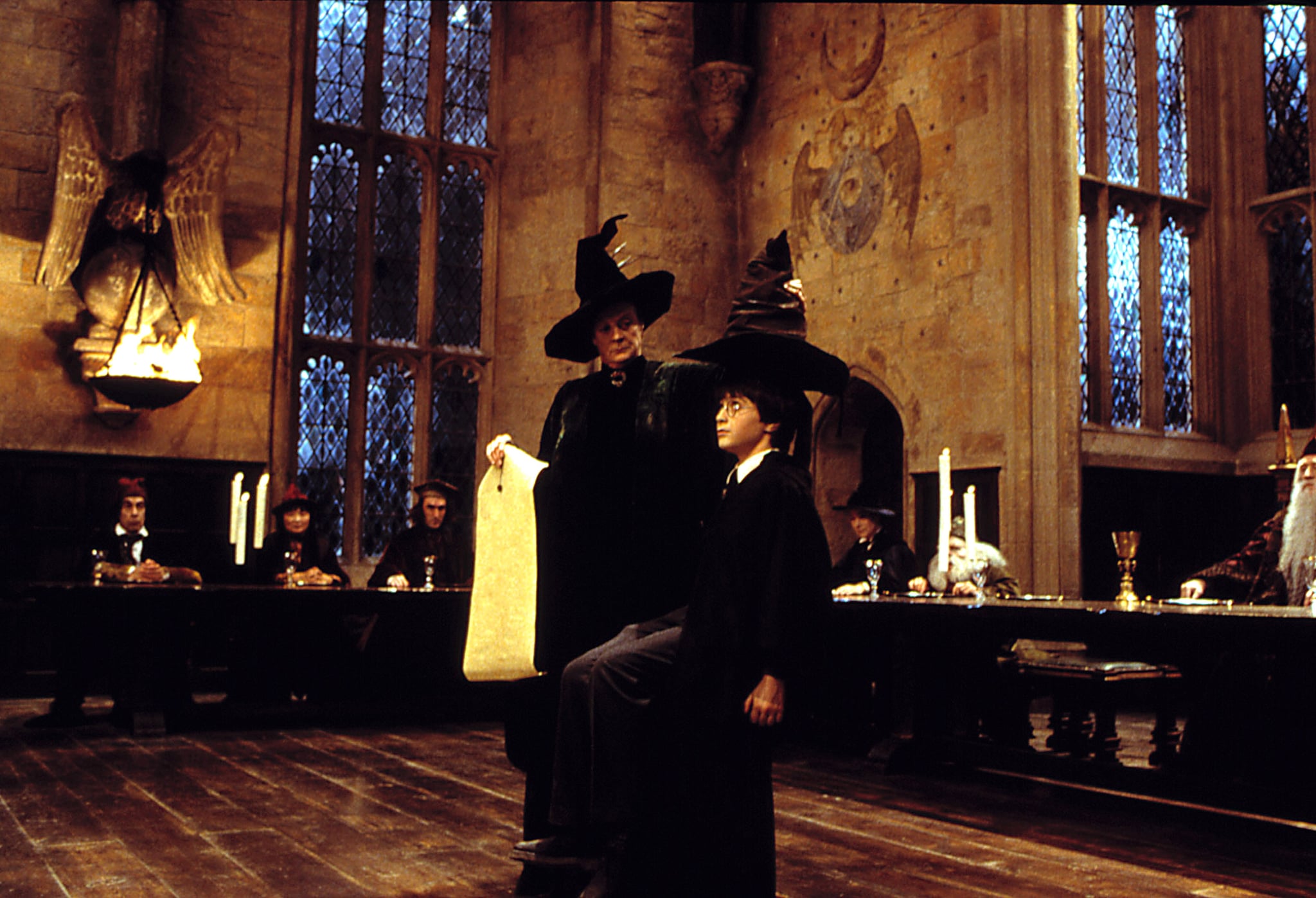 All the witches and wizard children of Britain — and let's face it, now muggles too — spend the first 11 years of their lives waiting for their Hogwarts letter. With that promises a world of knowledge, adventure, and of course, magic. Also, if coming from a primarily wizarding family, perhaps a little pressure to be placed in the family's favoured house, whether that be Gryffindor for the brave, Slytherin for the cunning, Ravenclaw for the academic, or Hufflepuff for the loyal.

As we know from the books and films, the Sorting Hat is what places each child into their prospective houses. It claims to never be wrong and notoriously stands by its choices. However, we do know from Harry's experience, that it can mull over its decision; it is not always instantly clear. Harry is placed in Gryffindor, but the hat is torn between that house and Slytherin for him. As Harry desperately asks to not be placed in Slytherin, the hat takes his choice into consideration and places him in his preferred Gryffindor. And as Dumblebore said, "it is our choices Harry, that show what we truly are, far more than our abilities". Turns out, Harry's ability to ask for what he wanted, qualified him more as a Gryffindor as it showed bravery.

But was that it?

As we know from Pottermore, there is something called a hatstall which is when the sorting takes longer than five minutes. A few characters that we know and love (and one particularly who we do not love), are hatstalls — or close to becoming one. Minerva McGonagall challenges the hat as it tried to figure out whether she belonged in Gryffindor or Ravenclaw. Peter Pettigrew was up to be in either Slytherin or Gryffindor. Hermione is also a difficult placement as she was both a fit for Ravenclaw and Gryffindor as well. And for Neville Longbottom, it's between Hufflepuff or Gryffindor.

Of these longest challenges in recent Hogwarts history, all of them were placed into Gryffindor. Coincidence? It is true, all four of those characters ultimately show extreme bravery — though Peter Pettigrew's is built upon betrayal for giving away James and Lily and switches sides to that of Lord Voldemort.

Funny though, especially since Hufflepuff is the house that represents the Earth of the four elements and Neville has an affinity for herbology, and even end up teaching it at Hogwarts as an adult. And Hermione? She is the smartest in their year across all houses with her nose in a book always. She was the brains behind every adventure. That would have been a perfect Ravenclaw fit. And same goes for Professor McGonagall. So why is Gryffindor always the end choice?

A little wizarding history here: the Sorting Hat was actually originally Godric Gryffindor's. So, perhaps it favoured to place them in Gryffindor when it was confused between two houses. Why wouldn't it want the potential talent of the students who are dichotomies? It would only enrich the abilities and strength of the house, so perhaps our little hat here is maybe correct, but also partial to the home of its originator.

Movies
After We Collided: Why Tessa and Hardin Aren't Actually Good For Each Other
by Monica Sisavat 6 hours ago

Movies
HBO Max's The Witches Is More Like the Book Than the Classic '90s Film, but With a Twist
by Mekishana Pierre 7 hours ago