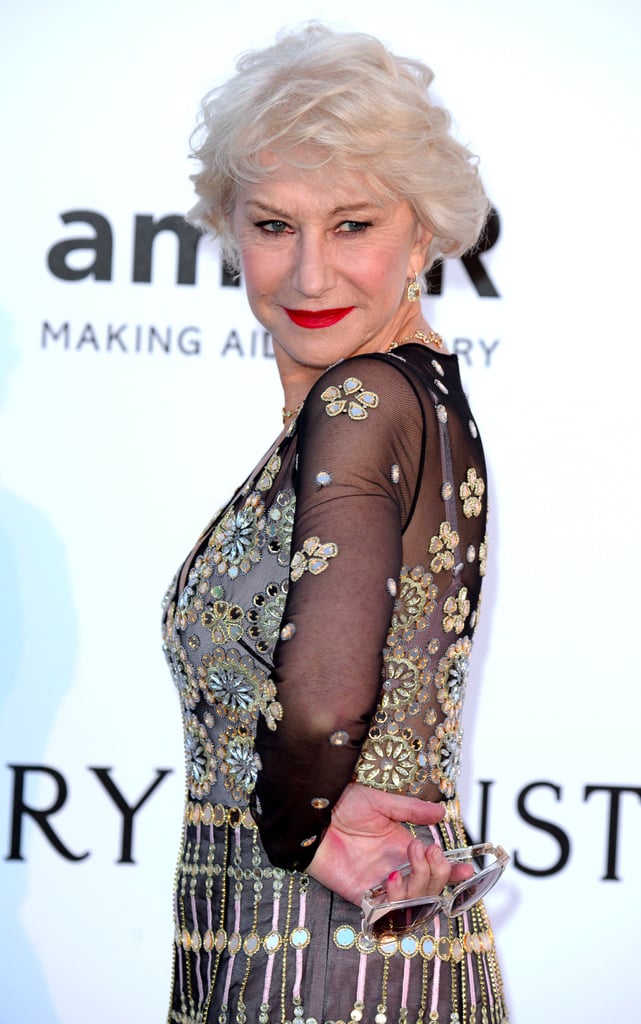 Helen Mirren Doesn't Think She's Sexy, but These 10 Moments May Prove Her Wrong

"I'm not 'sexy,'" Helen Mirren told the crowd at an AARP luncheon in her honour in 2016. She was asked about her image in Hollywood and had the room in fits of laughter when she added, "If you see a painting you love, one that speaks to you, you can say, 'Oh my god, that painting is sexy. That doesn't mean you want to f*ck it. When [people say] I'm a sexual object, I'd argue — I'm so not that. It's just something that gets hung on your back and you can never quite get it off."

While we definitely understand what she's saying about not wanting to be solely known as a sexual object, we're going to have to respectfully disagree on the part about her not being sexy. This is a woman who is the object of affection for dozens of Hollywood actors (and actresses), can shut down inappropriate reporters in the blink of an eye, and knows how to twerk. She's a Pirelli calendar girl who defended Kim Kardashian's headline-making nude selfie earlier this year, saying, "I love shameless women. Shameless and proud!" and explaining that when she was growing up, "it was thought to be unbelievably sluttish to even have a bra strap showing" because "everything was about women conforming."

So yes, not only is Helen Mirren actually incredibly sexy, but she's also whipsmart and witty, with a sparkling personality and one-of-a-kind sense of humour. We're paying homage to Helen's hottest moments — both physical and not.

Celebrity Interviews
Like Clockwork, Billie Eilish Does the Same Interview For the Fourth Year in a Row
by Monica Sisavat 01/12/20