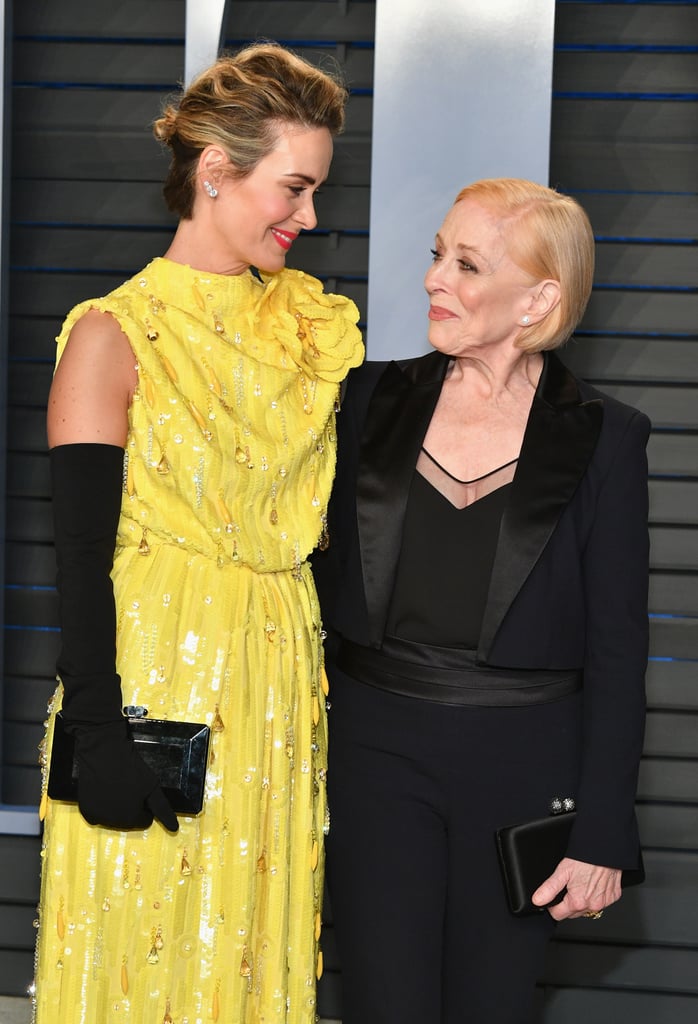 Sarah Paulson and Holland Taylor turned Vanity Fair's Oscars after-party into a glamorous date night on Monday. The couple, who's been dating since 2015, arrived hand in hand and were as adorable as ever as they exchanged loving glances on the red carpet. They also had a cute reunion with Sarah's American Horror Story co-star Angela Bassett and actress Joan Collins.

The last time Sarah and Holland hit a red carpet together was back in June 2016 at a reception honouring Kathy Bates, though they are often spotted taking sweet strolls in NYC. In December, Sarah opened up about her relationship with Holland in an interview with The Edit, saying that several people told her it'd be best if she kept their romance a secret. "My life choices are, um, unconventional," she said. "I'm with a much older person, and people find that totally fascinating and odd, and to me, it's the least interesting about me." Sarah is 43 and Holland is 75, but when it comes to love, age is just a number, right?