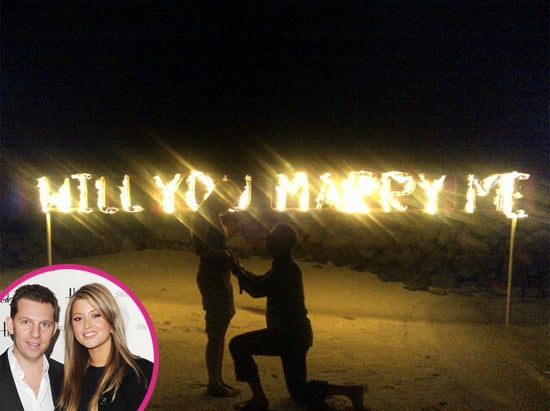 Holly Valance is officially off the market after her long-time boyfriend Nick Candy proposed. The couple got engaged during a recent trip to the Maldives, and it was a grand proposal: Nick, a property tycoon, had the words ‘Will you marry me’ written in fire as he got down on one knee. Holly tweeted a photo of the special moment with the caption, “And I said YES!!! Happiest day of my life!!!!!” Holly and Nick have been dating since 2009 after meeting at a party, and are regulars on the London social scene. Holly shot to fame in Australia (and in the UK) after her stint on Neighbours, and most recently competed on the latest series of the UK’s Strictly Come Dancing. Congratulations to Holly and Nick!

Award Season
We Can Almost Guarantee You Know of Julia Garner's Musician Husband, Mark Foster
by Amanda Prahl 5 days ago