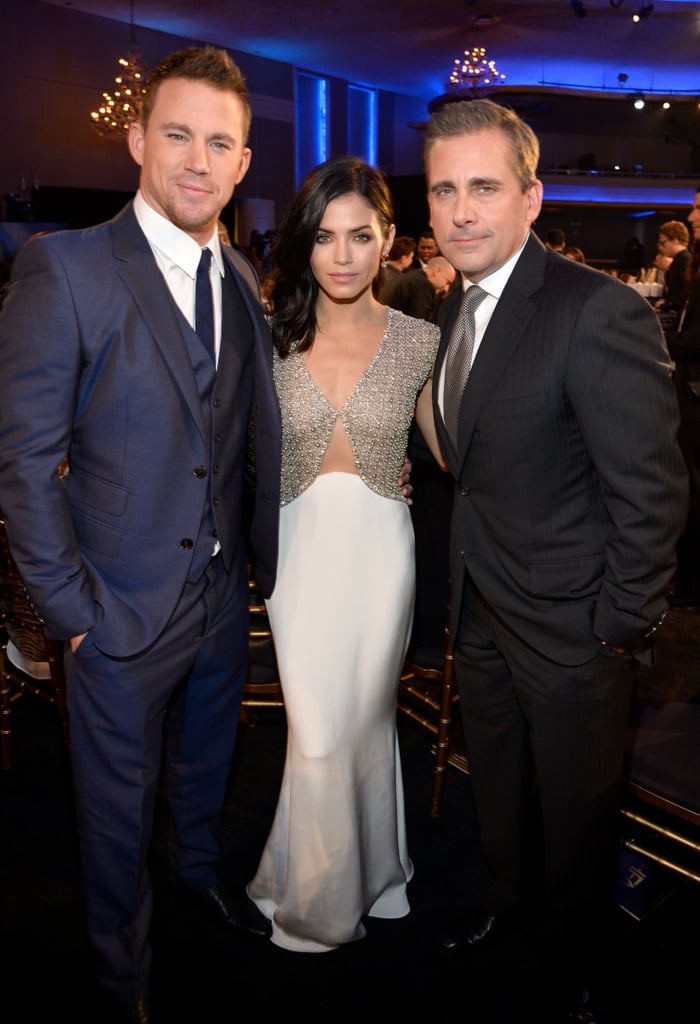 Hollywood's hottest stars descended on the Palladium in LA for the Hollywood Film Awards on Friday evening. The annual event, which serves as the official launch of awards season, was hosted by Queen Latifah and televised for the first time ever on CBS. Johnny Depp, Jared Leto, Robert Pattinson and Hilary Swank were among the night's honorees, and gorgeous stars like Keira Knightley, Felicity Jones and Kristen Stewart all stepped out on the red carpet in style. Angelina Jolie skipped the carpet but popped up backstage in a black strapless gown. Newly engaged Benedict Cumberbatch popped up without his other half, Sophie Hunter, as did Eddie Redmayne, who stayed close to his The Theory of Everything co-star, Felicity Jones.

Kristen Stewart, who has been busy promoting her latest project Still Alice, posed for photos on the red carpet before heading inside. Kristen's ex-boyfriend and former Twilight co-star Robert Pattinson was also on hand during the ceremony, showing off the hot new hipster haircut he debuted at the Go Go Gala. Keep reading to see all the stars on the red carpet at the Hollywood Film Awards!

Celebrity Style
Gwen Stefani's First Wedding Dress Was Dip-Dyed Pink — What Will She Surprise Us With Now?
by Sarah Wasilak 17 hours ago