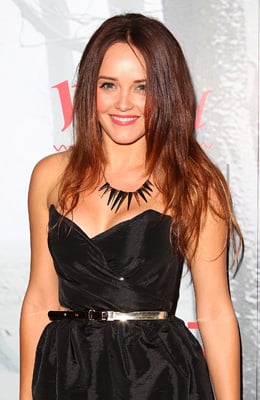 Rebecca Breeds is the latest Home and Away star to spread her wings and try her luck in the US, and she’s already found success by landing a lead role on a new CBS sitcom. Rebecca, who’s in the middle of planning a wedding with former co-star Luke Mitchell, will star in a single-camera comedy pilot as the daughter of Monk's Tony Shalhoub. Her character, Julie, has been described by TV industry website Deadline as “Frank’s adorable, independent and neurotic daughter who is trying to get her act together and get over her major daddy issues due to Frank’s less than stellar parenting.” Her other announced co-stars are Chris Smith and Kal Penn. After years on the long-running soap and her dramatic exit on Home and Away we can’t wait to see Rebecca in a comedy!