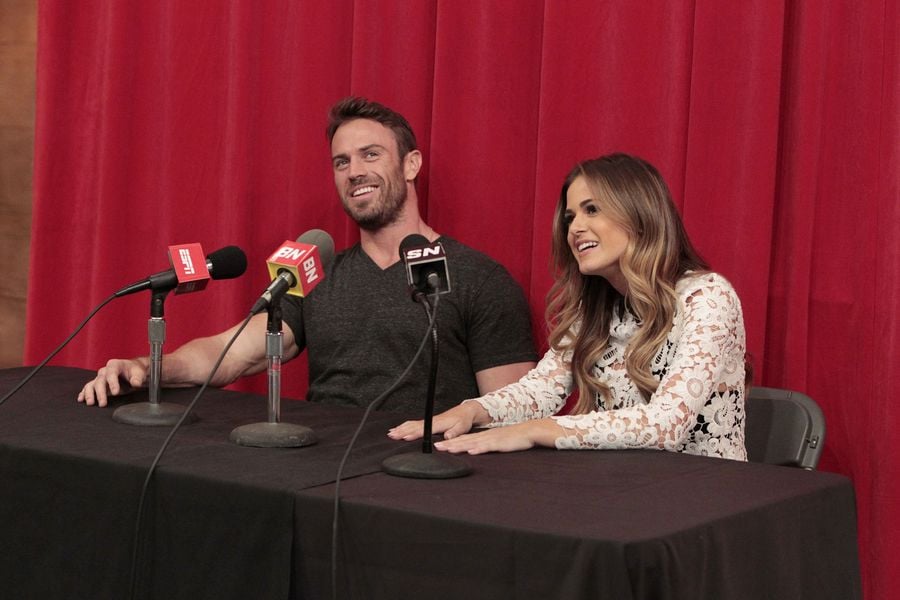 It's pretty much impossible to have a group full of gorgeous men and not have at least one of them that's a little, well, out there. The moment that Bachelor Nation has been waiting for finally happened when JoJo Fletcher sent home everyone's favourite super villain on The Bachelorette, Chad Johnson. In a dramatic (of course) two-on-one date, JoJo chose United States Marine (and total heartthrob) Alex. Usually, the man who is sent home leaves, pours his heart out during the limo ride, and makes a comment about how he doesn't know why this keeps happening to him. But Chad, oh Chad, well, he took a different approach. Here's the sequence of events that transpired:

But you know what they say, better a face full of frosting than a plane ticket home. With Chad gone, it's only a matter of time before a new villain emerges from the group.