If you've been holding your breath about The Hunger Games, it's time to let it out, because the movie fulfils any and all hopes you could have. Not only is the adaptation loyal to its cherished source material, as a film, it's simply incredible. 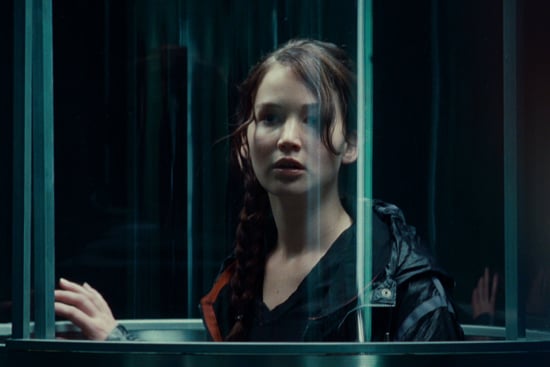 Based on Suzanne Collins' novel, The Hunger Games portrays a dystopian future in which what's presumed to be North America has been broken up into 12 districts surrounding an ultra-rich, powerful Capitol. To remind the districts of their subordination, the Capitol holds an annual event in which one teen girl and boy (known as tributes) from each district are forced to fight to the death (until only one remains) as a televised show. At the centre of all this is Katniss Everdeen (Jennifer Lawrence), a 16-year-old from one of the poorest districts, who volunteers to participate in the place of her younger sister, Prim. The movie follows Katniss from her hardscrabble life at home with her family and best friend Gale (Liam Hemsworth) to the flamboyant excess of the Capitol and into the action-packed arena as she does everything she can to survive. The story is already well-known to legions of readers, and director Gary Ross brings Collins' novel to life as a visual treat, with an emotional punch as strong as the film's heroine.

To find out why I thought The Hunger Games is so fantastic, just keep reading.

From the moment we first meet Katniss, we're put into an emotional vise that never loosens its grip. To say the least, watching The Hunger Games is an intense experience. Even if you've read the books, the movie is still able to get you excited — or stressed out — about what's coming. Ross builds tension in scenes like the tributes' frenzied entrance into the arena, and your heart beats like crazy each time Katniss and her fellow tribute/love interest Peeta (Josh Hutcherson) are in trouble. The gore is minimal, but the violence isn't downplayed by any means. It goes without saying that it's tough to watch young men and women killing each other.

The games themselves aren't just action-packed carnage; one of the film's most emotional moments happens within the fray, and there are several other poignant, tear-jerking scenes. The credit goes to the skillful performances of the actors, particularly Lawrence. Casting an Oscar nominee in the starring role paid off: Lawrence is phenomenal, and she infuses warmth into a character that's often very cold on the page. Her co-stars are equally impressive, like Woody Harrelson and Elizabeth Banks as Haymitch and Effie, who prep Katniss for the arena. They're delightfully over the top, and add occasional bits of comedy into the drama. There are no weak links in the ensemble, either; I had my doubts about Hutcherson and Lenny Kravitz as Kastniss' stylist Cinna, but both actors rise to the occasion and bring lots of charm to their roles.

Like any adaptation, there are a few changes between the novel and the film, but they all serve the storytelling. Seeing what goes on outside of the arena and Katniss' perspective adds to the overall experience. Some additions set things up nicely for subsequent films in the series, such as the beefed-up role of President Snow (Donald Sutherland) and Gamemaker Seneca Crane (Wes Bentley).

As a fan, you couldn't ask for more from a movie adaptation; it's a thrilling complement to the book, but anyone can appreciate the quality of the movie. I have very few complaints about the movie — except for the fact that it's going to be way too long before we get to see the sequel.