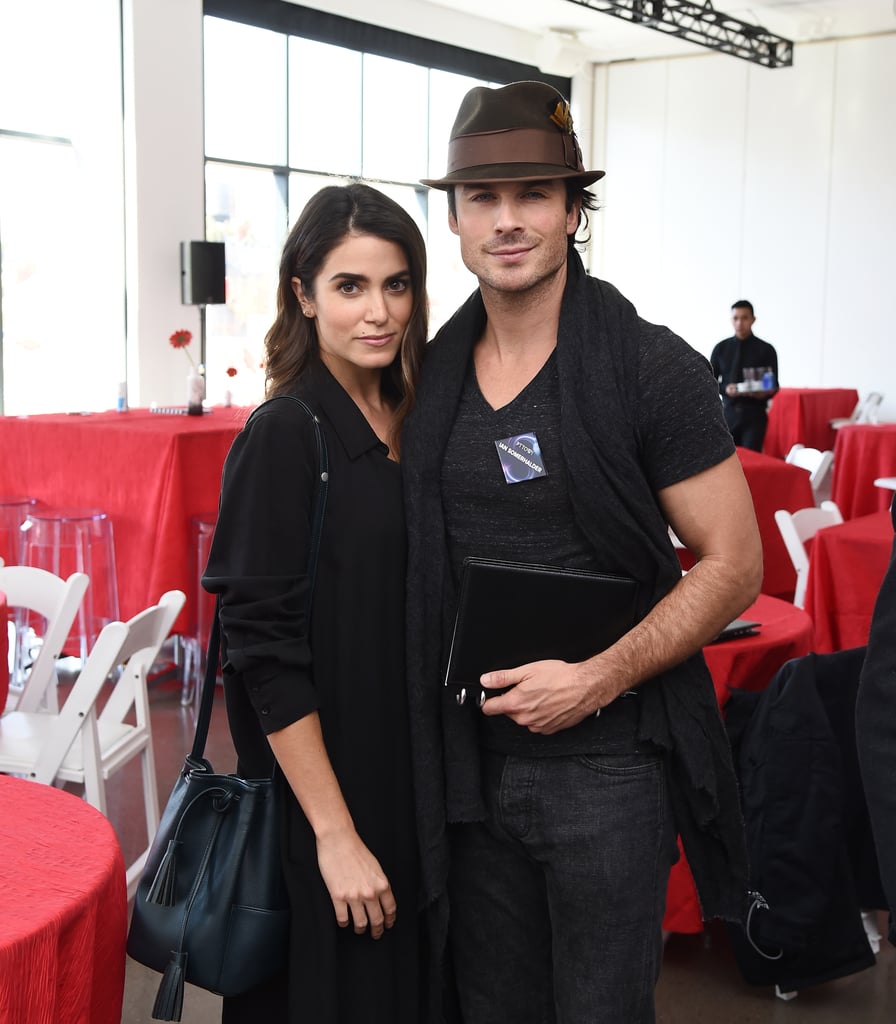 Ian Somerhalder and Nikki Reed made quite the pair when they attended the PTTOW! Sessions and Worldz Kickoff Party in NYC on Tuesday. Nikki kept things casual in a black trench coat and boots, while Ian did the same in his signature fedora and jeans. The event, which aims to bring creative executives and influencers together, also brought out Zoe Saldana, Charli XCX, and Idina Menzel. The couple's latest appearance comes less than a month after the two attended LA's EMA Awards and Ian's interview with Modern Luxury. In the magazine, The Vampire Diaries star admitted that when it came to falling in love with Nikki, it took him no time at all. He also opened up about wanting kids with Nikki, adding, "Oh, I will one day have amazing children with my beautiful wife. Absolutely, definitely."

Related:
11 Snaps That Show Ian and Nikki Are Completely Head Over Heels For Each Other
0
previous images
-28
more images
Previous Next Start Slideshow
Join the conversation
Ian SomerhalderNikki ReedCelebrity Couples
More from POPSUGAR
From Our Partners
Related Posts