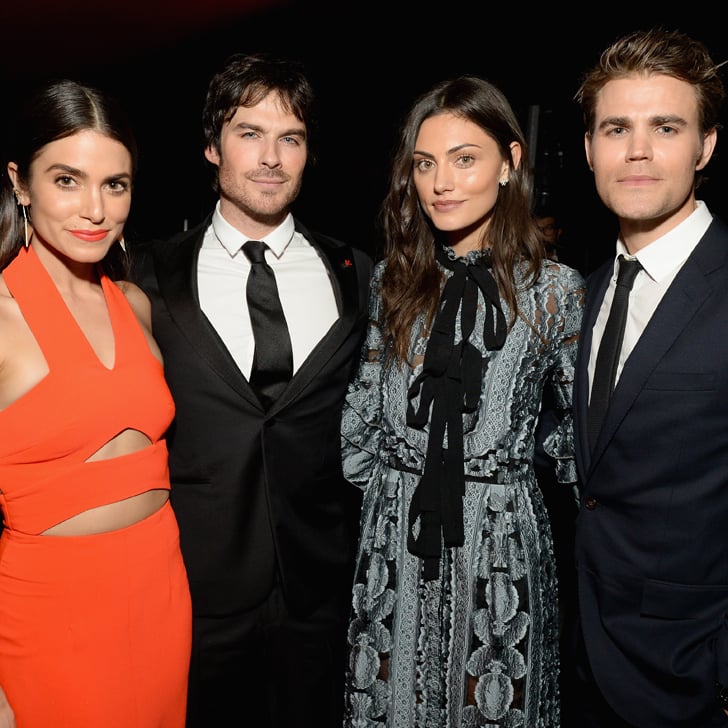 Ian Somerhalder and his other half, Nikki Reed, stepped out together at the Art of Elysium Heaven Gala in LA on Saturday night. After striking poses together on the red carpet, the couple headed inside the event, which honoured fashion designer Vivienne Westwood, and met up with Ian's The Vampire Diaries co-star Paul Wesley and his girlfriend, The Originals actress Phoebe Tonkin, as well as his other co-star Kat Graham. The bash also brought out stars like Johnny Depp, his wife, Amber Heard, and Juliette Lewis, just to name a few.

Much like Paul and Phoebe, Ian and Nikki's Instagram posts are a testament to just how much these two love each other. Most recently, Nikki gave her man a sweet birthday shout-out, gushing, "You are my every dream brought to life." Keep scrolling to see more of the double date, and then see why Ian is the master of hot selfies.