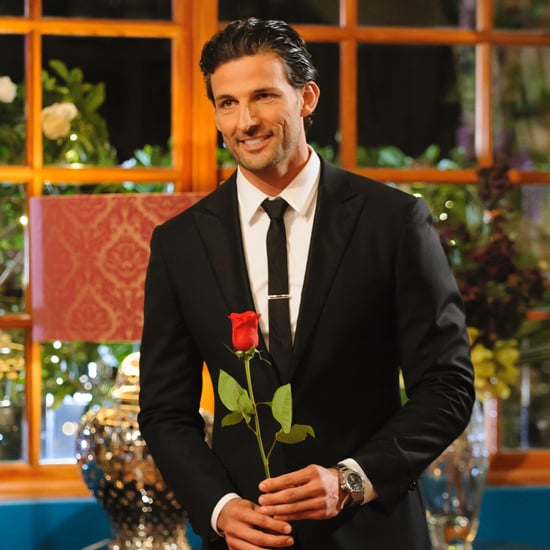 On Sunday night the nation will get to know Tim Robards, the man chosen to be Australia’s inaugural dream man on The Bachelor. Even if you’ve never seen an episode of the show before, you probably know the premise: it’s one man’s mission to find love. He’s presented with 25 women to start with, and gradually narrows the field by giving roses to the ladies he wants to get to know better.

The recipe for drama? Absolutely. The claws are sure to come out when you’ve got 25 women with their eye on the same prize, but Tim is adamant that the show’s priority is about helping him possibly meet The One. We caught up with the 30-year-old Sydney-based chiropractor to discuss what he wants in a girl, the emotional rose ceremonies, and the interesting way the cameras actually help the dating process.

What has the experience been like so far?
It’s been an absolute adventure, a rollercoaster ride of highs and lows. It’s definitely been some of the most fun I’ve had, but at the same time the most emotionally-challenging and strenuous. It’s been physically strenuous on my body. It’s been great, but definitely highs and lows.

Why did you apply for The Bachelor?
So I was originally approached for it. At first I thought, ‘No, this is too far out of my comfort zone.’ I had my reservations about it; I wasn’t sure if in this process you could really find love. I asked a lot of questions. I spoke to my mum and dad about it every night on the phone, and we went through all the pros and cons, and whether the producers wanted to make a show about finding love, or whether it was a show about drama.

I believe them when they say their whole intention was to find love, and I thought it was a good opportunity. There are thousands of girls who applied. There were 25 that were hand-picked and tried to be matched up to what I was looking for, and my values, so I thought the odds were good that I could hopefully find someone I could find love with.

For more from Tim, including his ideal woman, keep reading.

So did you have to give them a description of your ideal girl?
Yep. So I gave them quite a bit description of everything I’ve been looking for, and my values, and then I had to put it in their hands and trust that they could come up with some girls.

What are you looking for?
My top values are . . . My first value is love. So everything I do in life is based around that — my patients, my family, my friends. Second on the list is I need someone who’s honest and trusting — that’s a huge thing, with that you can communicate well. Thirdly, family values are huge for me; my family is everything. If I’m to have a family in the future, I would like my wife and kids to have the same sort of family values I’ve had. Fourth: fun and adventure. I want a life that’s full of fun and adventure. People use the words “settling down,” and I do want to settle down, but not to a boring life. Next, I preach all day and every day health and fitness. And I need someone who’s driven and ambitious; I inspire and they inspire me, continually.

That was six, and I think I gave them [the producers] about 50. It’s like when you buy a car — if you buy a VW, after that you’ll see it on the road all the time, if you don’t notice VWs all the time. If you’re clear on what you’re looking for, you’re more likely to see it.

What does a girl have to do to get your attention?
I really connect with someone through their eyes and their smile. If you’re across a room, it’s that connection you get when someone smiles with their eyes. That’s a big thing for me. You can see a lot about a person’s personality and demeanour by simply smiling. And maybe a wink.

How do dates on The Bachelor compare to real life?
They are pretty extravagant! And there’s a lot of layers to them, compared to dates I’d been on before. Rather than just sitting opposite each other at a dinner table somewhere, you have something we’re you’re actually interacting, you’re doing something fun and adventurous, and you get to see quite quickly who that person is, what sort of situations they thrive in, and different elements to their personality, rather than being opposite each other like in an interview.

What's the most romantic thing you've done for someone?
Sometimes it’s just the simplest things. It’s doing something simple at the right time, even if it’s flowers, or if I surprise her on a Saturday morning where we jump in the car and I take her to the Hunter Valley, or something like that. I think it’s most romantic when it’s spontaneous and not planned.

How long did it take you to get used to the cameras?
Oh, I’m still not used to them [laughs]. I knew that coming into this, if I’m conscious of the cameras, I’m not going to really be able to do what I intended to, and that is to find love. If I feel like I’m being filmed, I knew I’d have to quickly switch off to that. The first day was huge and overwhelming, but I think it was pretty quick into it that I was able to switch off. You get to know the camera guys and feel comfortable around them, so it’s kind of like all your mates are around, not like there’s a bunch of weird guys filming you.

The best thing about it is that it forces you to focus, like you can’t look around because you do become conscious of the cameras. So you’re able to sit there and be so present and engaged in the conversation you’re having. You’re not breaking eye contact, you’re not looking at your phone, you’re not looking around at other people walking past. It’s a great way to get to know that person, and connect with that person.

I questioned it a lot: can you really fall in love with someone through a TV show? But that’s been one of the best parts of it — it’s hard, but there’s that positive.

Were you worried some of the girls might be there for fame instead of love?
Definitely. I try not to worry about it, but you definitely weed out the ones who aren’t there for love. I’m still going through the process, and I think the girls who are there with me now are definitely there for the right reasons.

How are you finding the rose ceremonies?
They are some of the hardest things I’ve ever done! Even walking into a cocktail party with 25 women, you have to stand up and address them, and I’ve never been great at public speaking. It’s pretty daunting walking into a room, one guy and 25 girls, and at the very first rose ceremony you’ve got 25 eyes just staring you out. I don’t think anything can prepare you for that, you having the responsibility of who stays and who goes home. And as that goes on, you’re basically breaking up with girls as the feelings and emotions get stronger. I have to break up with girls every week, and that’s huge. You care about their feelings and emotions, and they’ve put themselves in this position to . . . like I’m so grateful they’ve put themselves on the line. And it is a big thing to be sent home. I hope they’re able to look at it and go, ‘I had a great time,’ and not feel like they’ve failed or something, you know?

And it’s a balance in the rose ceremony. The girls get upset, but I try and see whether she’s upset because she didn’t leave the competition, or because she was going to lose out on continuing the journey with me. Early on, you really look at that — ‘Who is here for me, and who is here because they don’t wait to fail the competition?’ It’s definitely at a place now where I think the girls are here for me. It’s daunting but I’m lucky I have this opportunity.

Well I've never seen a full episode of any other Bachelor series, so I'm looking forward to this.
Interesting. You should watch some of the American series because I think the Australian spin on it is more realistic. The American one, sometimes they’re very serious, and they have a big push to get engaged at the end of it. I’m not sure if it’s in their contract or not. The Australian one is realistic, and it’s fun. I think it will be funny, rather than bitchy.

The Bachelor Australia premieres on Sunday at 7:30 p.m. on Network Ten.