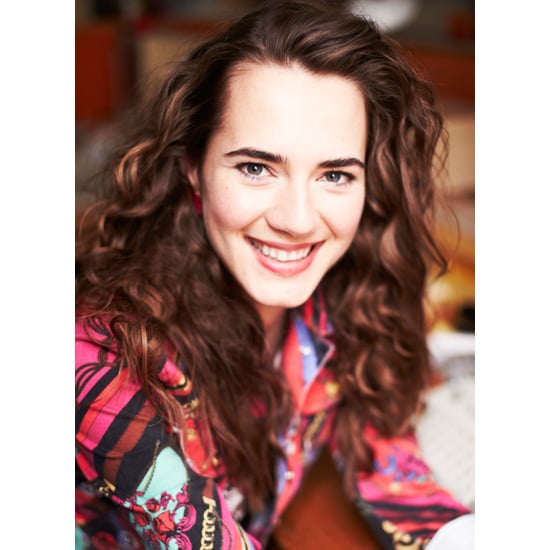 If you’ve been watching the fourth season of Offspring or caught ABC1’s miniseries Paper Giants: Magazine Wars a couple of weeks ago, there’s a good chance Caren Pistorius is one of the hot new talents on your radar. On Offspring she’s Eloise Ward, the shy young nurse who everyone thought had a crush on Dr. Patrick Reid (Matthew Le Nevez) — on last night’s episode Eloise revealed that Nina Proudman (Asher Keddie) was actually the object of her crush. On Magazine Wars, Caren played Beth, the young, tabloid-hungry journalist who worked her way up to be Woman’s Day editor Nene King’s (Mandy McElhinney) trusted staff member and friend.

To find out more about this rising star, we got on the phone with the New Zealand-based actress to learn how she got started and her highlights of working with some of Australia’s favourite TV stars.

Tell me a bit about yourself — what’s your background? How did you get into acting? Why did you want to be an actor? How long have you been doing it for?
I was born in South Africa. I lived there for 12 years with my family and then we emigrated to — we actually tried to get into Australia first, but we didn’t have enough money so the next option was New Zealand. I would say if it wasn’t for moving over I probably would have become a vet, or something with animals, and would never have entered the arts.

In New Zealand, I was forced into a drama class, and I was mortified because I was quite a shy kid — it was the only class that had an opening. I did it for one term, and then I had to apply the following year to get in because there were too many kids wanting to do drama. I fell in love with it and from then on haven’t really looked back.

I did study graphic design for three years when I left high school, majoring in animation and illustration. The whole time I was creating characters and I was thinking, ‘Man, I should just be acting, what am I doing!’ So I finished up on that and was like, ‘OK, I’m going to do it.’ And then I was thinking, ‘How do I do this? I don’t really know how to get into it,’ and I started doing a lot of commercials. From them on I found an American guy in New Zealand who was teaching acting — he did a weekly class, and from there I got myself an agent, then I got an agent in Sydney, started auditioning, and have been lucky enough to land some good roles.

More from Caren when you keep reading.

It’s funny how things like this always work out, how you didn’t want to act and now it’s worked out really well.
I know — when I look back to when I was really young, I did this weird speaking choir in South Africa, and I felt so alive. Like it was one of my favourite memories. Even though I was a kid and was really shy, I was performing and it was when I felt most alive. I felt like, ‘Wow, this is amazing!’ But I never saw myself going in that direction.

Australian audiences will know you as Beth on Paper Giants: Magazine Wars and Eloise on Offspring — what did you like about these characters?
I like the fact that they’re different, and I’d probably want to continue just finding characters that are really different. I think there is also always a part of me in the characters. With Beth, I thought of her as very loose, like a feeling, sensual person, whereas Eloise is almost the complete opposite — she’s very much in her head, very nervous and self-conscious. They’re both career-driven so they’ve got that in common, but Eloise is not very capable, socially; she struggles on that side. I just look for interesting characters that will stretch me. I learn things from my characters as well — I just did an episode on Redfern Now, like a week ago, and that was just incredible, an amazing, amazing experience.

What was it like working opposite Mandy McElhinney as Nene King?
Mandy is . . . I think she’s incredible. I almost can’t even find the words to express how talented I think she is. I think she’s got so much energy. That role — I don’t know if anybody else could have played that role, like it was made for her. Nene King is just such a big character and personality — I haven’t met her, but Mandy did. I think she did an incredible job. I think physically and mentally it was quite an amazing experience and portrayal of the character as well.

It was also a great re-introduction of Mandy to the Australian public, who know her as Rhonda from the AAMI ads — I’m not sure if you’re familiar with them?
It’s funny, because I was on set with her shooting Magazine Wars, and everyone would make these jokes, like — what’s it called? ‘Tuk-tuk’ or something?

Ketut is the guy.
Yeah, Ketut! And I was like, ‘What am I not getting? I don’t understand.’ Then I started watching TV and I was like, ‘Ohhh! Wow that’s hilarious!’ So that was pretty cool. I think the role she did on Howzat! was amazing as well. I got a little glimpse of that while I was shooting Magazine Wars and I thought, ‘Wow, she is very powerful.’

How familiar were you with Offspring before you started working on it?
I don’t have a TV, and I know that’s not a really good excuse for why I don’t watch TV series, but I’m a bit of a movie fanatic, so I spend all my money watching films. So I wasn’t familiar with it at all. But I’m not familiar with much TV, so it’s nothing to do with Offspring. But now I’m familiar with it, which is good. I’ve caught up on it, done my homework [laughs].

It’s a pretty cool series with an amazing team of people. The way they work together, you can tell that it’s the fourth season.

And it’s cool that you’re working with Asher, who was in the first Paper Giants, so you have that other connection.
That’s right, it’s really cool. I didn’t really get to talk to her that much about it, but also [director] Daina [Reid] directed Magazine Wars as well, so we had a good chat about Daina. It’s nice having that connection.

How do you split your time between Australia and New Zealand?
At the moment I see it as I’m living here [in Auckland], because I have two cats here, but I send my auditions over to Australia and fly over for work. I still see myself as based and living here, but most of this year I’ve spent in Australia, so I’ll see how it goes.

Download the Offspring Moving In app from iTunes or Google Play today to watch exclusive Offspring videos and solve puzzles to Eloise’s background. Plus, enter the competition to win a trip to Melbourne — the home of Offspring! Hurry, entries close today.

TV
Etsy Is Selling Schitt's Creek Face Masks, and You Bet One Says "You Just Fold It In"
by Emily Weaver 13 hours ago
Latest Celebrity
×