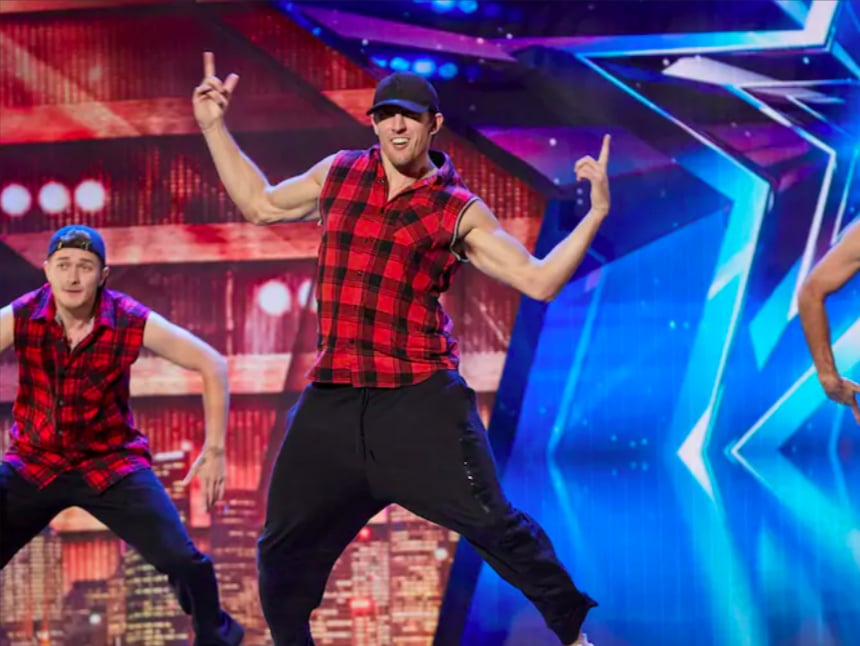 Former Bachelorette and Bachelor in Paradise contestant Ivan Krslovic is memorable for many reasons. From his avocado antics to his . . . ah, intense behaviour out in Fiji on BIP, he certainly made quite the impression during his two appearances on the Bachie franchise.

But, perhaps what he is best remembered for is his flat-out obsession with dancing. Across his stint on both Bachelorette and BIP, us viewers were treated to a number of Ivan's spontaneous dance routines. After four long months without the ability for us to bear witness to Ivan's signature moves, he is back on our screens again, this time pursuing stardom rather than love.

Yes, Ivan auditioned for Australia's Got Talent, and as expected, it was more than a little hectic. Along with two backup dancers, he popped n' locked on the AGT stage, hoping to impress judges Shane Jacobson, Manu Feildel, Lucy Durack and Nicole Scherzinger. It's safe to say he pulled out all the stops in order to help Australia "fall in love with [him] now," and ended the routine by ripping his shirt off.

Unfortunately for Ivan, while Lucy and Nicole voted to send him through, Shane and Manu declined to allow him to advance, eliminating him from the competition. Shane explained that he felt the competition from other dance acts was too tough for Ivan to be able to beat, while Manu simply said "I love cheese, a lot, but that was a little too cheesy for me mate, sorry."

Alas, this means the audition was not third time lucky on reality TV appearances for Ivan, but we have a feeling this will not be the last we see of the self-declared Aussie Channing Tatum.

Check out Ivan's full audition below.

The Bachelor
ICYMI, Peter Weber Was in a Sylvan Learning Centre Commercial in 2005, and It's Too Cute
by Victoria Messina 2 hours ago

TV
Adjust Your DVR: Grey's Anatomy Is Moving Back to Its Original Time in January
by Mekishana Pierre 18 hours ago

Celebrity Interviews
Finn Wolfhard Is as Excited as We Are About Stranger Things Season 4: "It Feels Like Home"
by Brea Cubit 18 hours ago

TV
If Hollywood Won't Create Content For the Latinx Community, Camila Mendes Will Do It Herself
by Kelsie Gibson 2 days ago

TV
Twitter Reviews Are In: Sex Education Season 2 Is Powerful, Hilarious, and Just What We Need
by Brea Cubit 2 days ago