It's a little bittersweet that the trailer for Jack Ryan: Shadow Recruit is being released the same week that the author who created the legendary literary and cinematic character, Tom Clancy, passed away. At least the action movie looks like it lives up to its creator's standards. Chris Pine is the latest actor to play Jack Ryan (former owners of the role include Harrison Ford and Ben Affleck) in the fifth movie in the franchise, though interestingly, Shadow Recruit isn't based on a particular Clancy novel. Pine plays Jack as a young financial analyst, when he gets sucked into the CIA because his boss (Kenneth Branagh, who's also directing) has a villainous plan for the US economy. 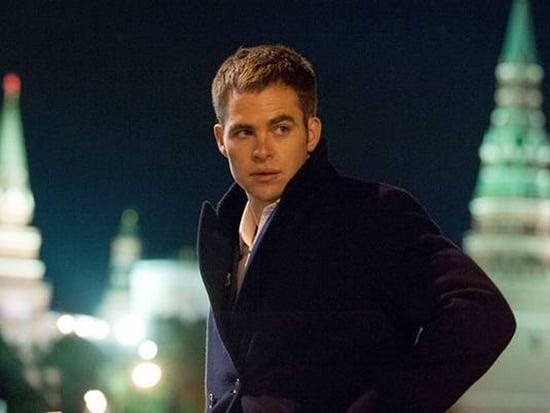 Pine isn't the only talent who feels fresh here; Keira Knightley also plays his love interest, while Kevin Costner is Jack's mentor of sorts. With fight scenes, motorcycles and shoot-outs, this definitely feels like it fits in the vein of the Jack Ryan action movies. We'll get to see if it (and Pine) lives up to its predecessors when Jack Ryan: Shadow Recruit comes out on New Year's Day. Watch the trailer after the jump.