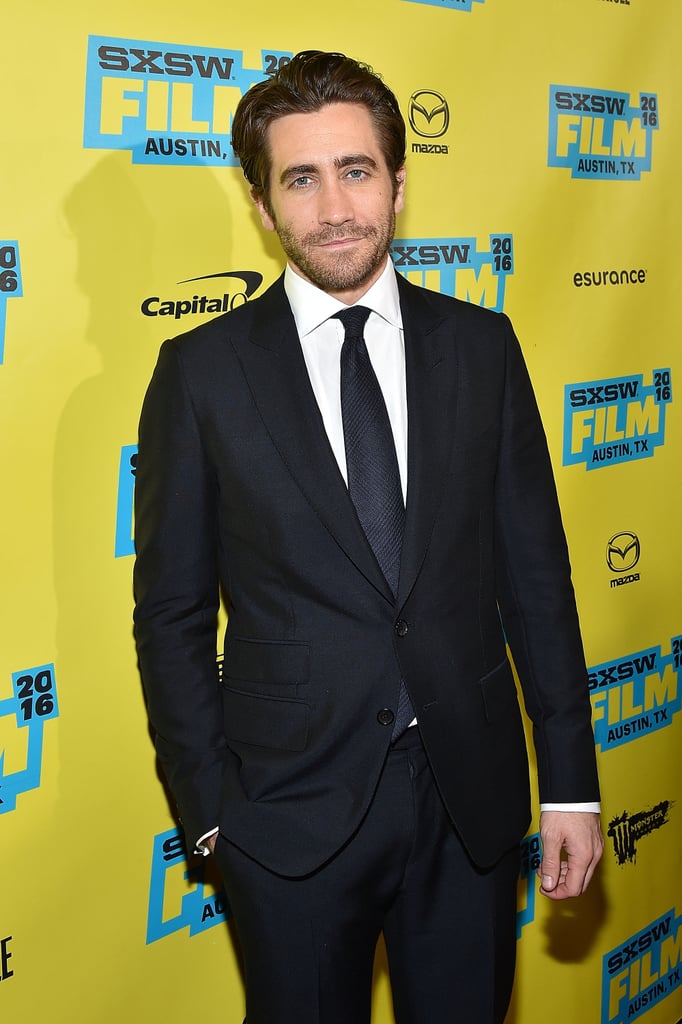 Jake Gyllenhaal made his way down to Austin, Texas to promote his upcoming film, Demolition, at the annual SXSW Music, Film + Interactive Festival over the weekend. While there, Jake showed off his smouldering good looks on the red carpet and participated in a panel, at which he discussed his career and shed light on his new project. In the movie, Jake plays an investment banker who struggles with life after losing his wife in a car accident. This is just the latest we've seen of the actor since he popped up at Vanity Fair's Oscars party in February. Read on to see more pictures, and then check out Jake through the years.