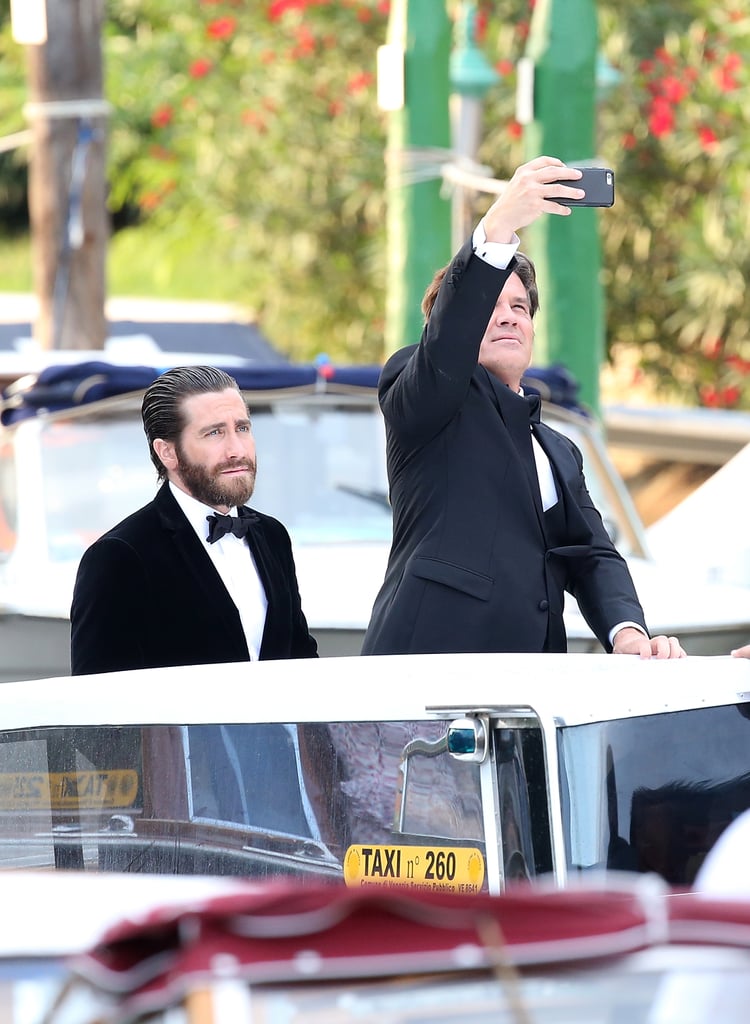 Jake Gyllenhaal and Josh Brolin Have Their Own Photoshoot at the Venice Film Festival, and It's Hilarious

Jake Gyllenhaal attended the world premiere of his movie Everest at the Venice Film Festival in Italy on Tuesday, but all he brought was the heat. The single actor looked ridiculously good when he stepped off a boat in the romantic Italian city to hit the red carpet to debut the highly anticipated thriller with his co-stars. Jake looked dapper in a suit and flashed his charming smile for photographers. Later in the day, he hit the water with his co-star, Josh Brolin, and the two had a hilarious photoshoot on board their small boat. Keep reading to see more of Jake's adventures in Venice, and then check out what Jake had to say about his ex-girlfriend Taylor Swift during a candid interview in July.