Jon Hamm and James Franco hit the chilly red carpet over the weekend, to kick off the Sundance Film Festival with the premiere of their film Howl. The movie is one of our most anticipated, and of course both these handsome—though scruffy at the moment—men make for a lovely view on the red carpet. Jon didn't let his partner Jennifer Westfeldt out of his sight as he chatted his way down the red carpet. While James meandered by a few minutes later, stopping to wax philosophical about Allen Ginsberg's famous work the whole way. Jon joked that he was hoping to shave while in Utah but then cleared up that the beard isn't going anywhere just yet. He's also honoured to be a part of the festival and for his Golden Globe win last weekend. 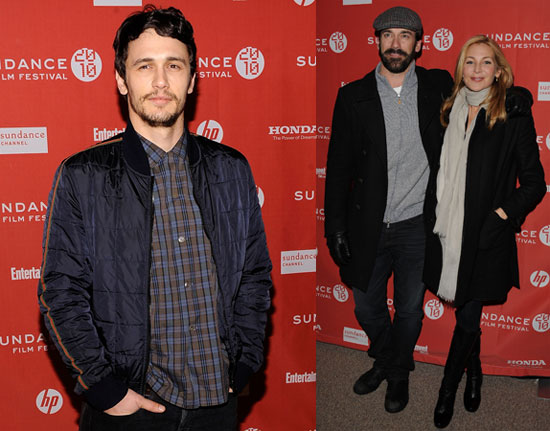