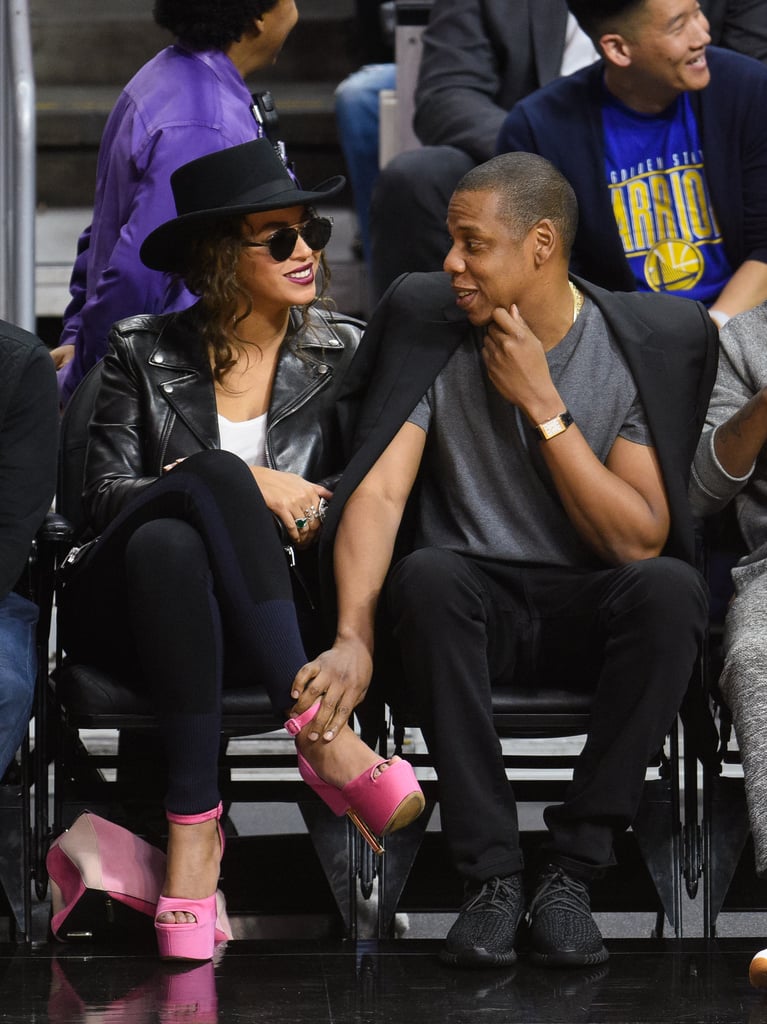 Just when you thought you couldn't be any more jealous of Jay Z and Beyonce, they show up to the Staples Center with the look of love in their eyes. On Saturday, the pair watched the Los Angeles Clippers take on the Golden State Warriors, and much like their previous date nights, their outing was full of sweet moments. Though they did pay close attention to the game, Beyoncé and Jay Z also exchanged a handful of loving glances, shared a few laughs, and Jay Z was even spotted adorably holding Beyoncé's ankle. Perhaps he was admiring her bubblegum pink platforms? During the game, the duo sat next to Grammy winner Kendrick Lamar and later met up with the king of Snapchat, DJ Khaled.

This is the latest we've seen of Beyoncé since she made a surprise cameo at the Grammys and was spotted out on a date with husband Jay Z in LA. Read on for more cute moments from the outing, and then find out just how obsessed you really are with Queen Bey.