It's safe to say that 12-year-old Justin's dream came true when Jay Z let him come on stage to rap the "Clique" verse. After holding up a sign that read, "Can I rap for you?" at Jay Z's Greensboro concert on Sunday, Justin joined the rapper in the spotlight for his big arena debut. In one seriously adorable move, the boy paused to take a few deep breaths before rapping, and Jay Z leaned in to interrupt, saying to skip the "drug-dealing part." Even better? After the crowd burst into applause, Justin seized the opportunity to ask Jay Z if he could meet him backstage, too. Check out the sweet clip above.

Super Bowl
JAY-Z Explains Why He and Beyoncé Sat During the National Anthem at the Super Bowl
by Kelsie Gibson 06/2
black women
Blue Ivy Took the Super Bowl Field With JAY-Z, and Suddenly I Have a Team to Root For
by Karenna Meredith 03/2

Celebrity Friendships
All Is Well: Beyoncé and JAY-Z Reunited With Kim and Kanye at Diddy's 50th Birthday Party
by Karenna Meredith 16/12/19

Ciara
Ciara and Russell Wilson Dressed as Beyoncé and JAY-Z For Halloween, and We're Going Apes**t
by Kara Kia 01/11/19 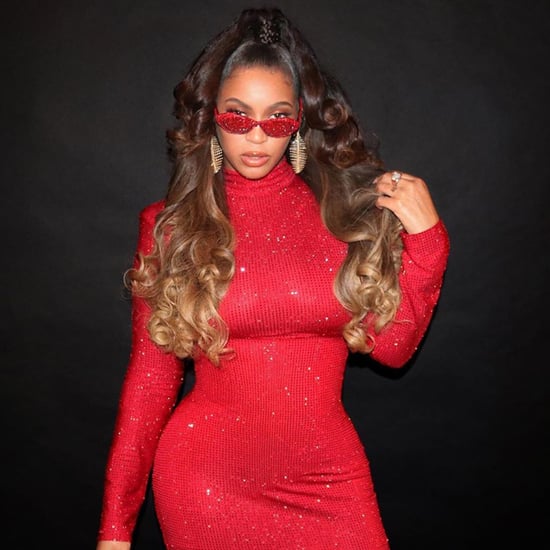