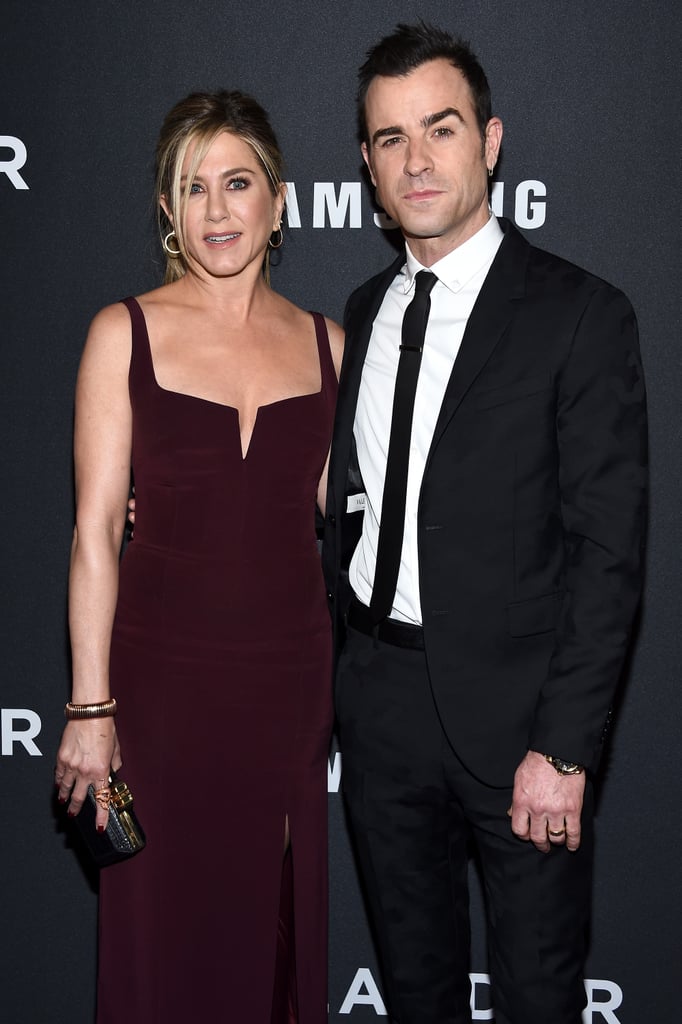 Justin Theroux had the support of his wife, Jennifer Aniston, at the world premiere of Zoolander 2 in NYC on Tuesday. The two looked equally stunning in sleek ensembles and stayed close while posing for photographers outside. On top of his red carpet appearance, Justin, who is both a Zoolander 2 star and co-writer, participated in an impromptu fashion show as his onscreen character, EviL DJ, along with costars Will Ferrell, Penélope Cruz, and Ben Stiller, who was accompanied by his gorgeous family.

It's just the latest event that the couple has popped up at together since they attended the Critics' Choice Awards in January, though Justin did make a solo appearance in Rome earlier this month. Keep reading to see more of the couple's latest outing, and then look back at Jennifer and Justin's most adorable moments together.