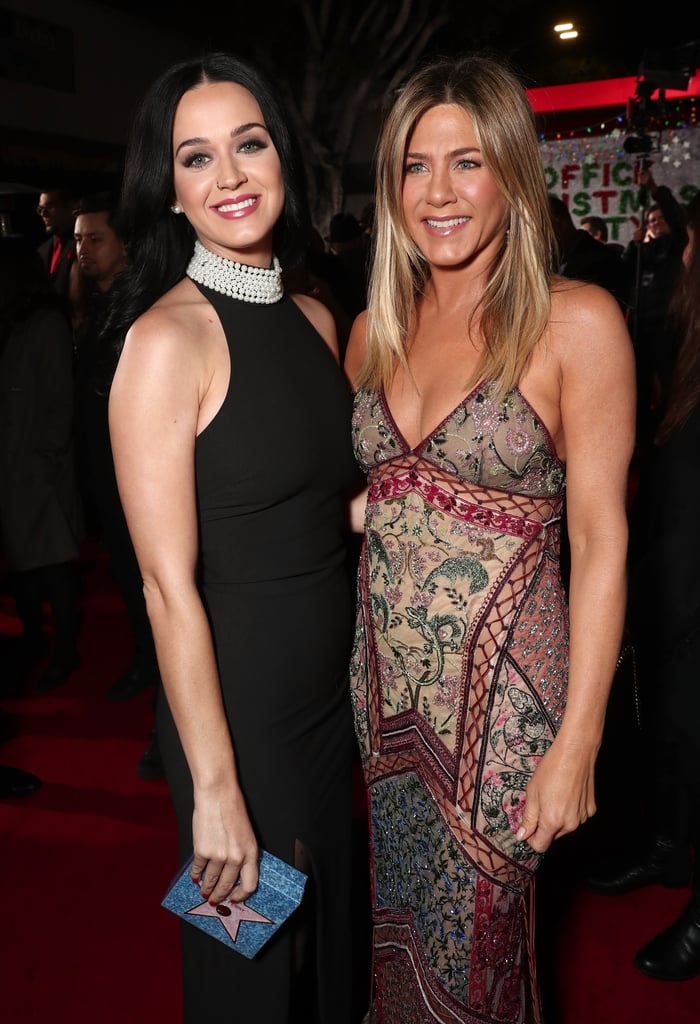 Jennifer Aniston practically owned the red carpet at the LA premiere of Office Christmas Party on Wednesday night, and in addition to linking up with her costars in the holiday comedy, she also shared a sweet (albeit potentially awkward) moment with Katy Perry. Inside the screening, Jennifer and Katy came face to face and posed together for photos, smiling, laughing, and sharing a hug. As you may know, both women have been in high-profile relationships with John Mayer; Jen dated the "Your Body Is a Wonderland" singer in 2008 and is widely speculated to be the subject of songs on his Battle Studies album from the following year, while Katy and John dated on and off from 2012 to 2014 and recorded a romantic duet, "Who You Love," at the end of 2013.

John has spoken highly of his 11-month romance with Jen: "We just have a regard for each other's feelings that is pretty intense," he told Playboy in 2010. "It's been a deep relationship, and it's no longer taking place at all. Have you ever loved somebody, loved her completely, but had to end the relationship for life reasons?" Katy found love earlier this year with Orlando Bloom, and the two were last spotted together at an NYC gala last month. At any rate, it's likely that she and Jen talked about anything other than John, including the weather, latest sports game, and how pretty each other looked that night.