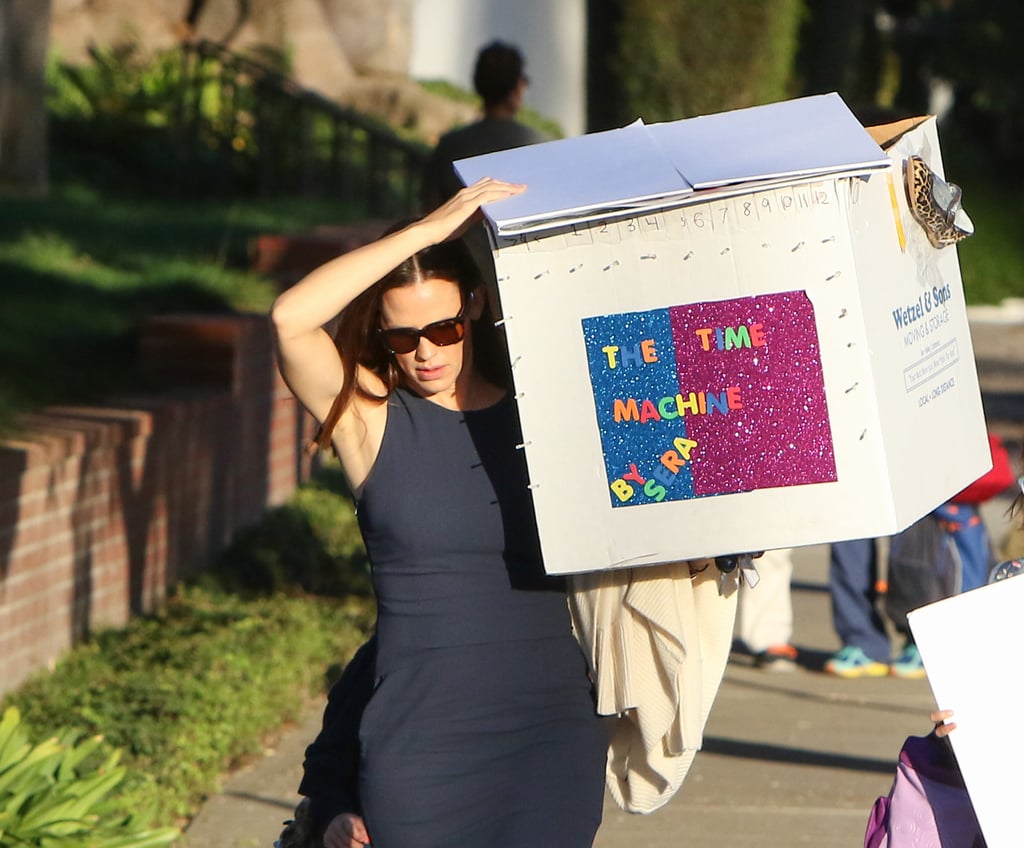 Jennifer Garner took one for the team (the team being the Garner-Affleck family) when she lugged her daughter Seraphina's school project down the street in LA on Thursday. The actress stayed chic in a navy dress and heels while carrying the giant box, which was adorably covered in glitter and had a shoe taped to it. It also read in bright letters "The Time Machine by Sera" — we can't help but wonder if the 7-year-old got help from her famous parents on the assignment. Jennifer's devotion to her kids has been evident in her recent outings; she and estranged husband Ben Affleck linked up for their little ones' first day of school in September, and days later she was spotted schlepping backpacks and lunch bags while dropping her daughters off at karate class.

About her eldest child, Violet, who is turning 11 in December, Jennifer revealed that she's already a little worried about her looming teenage years. "Her school has a no social media policy until sixth grade," she told Today's Natalie Morales, adding, "But I know it's coming soon." 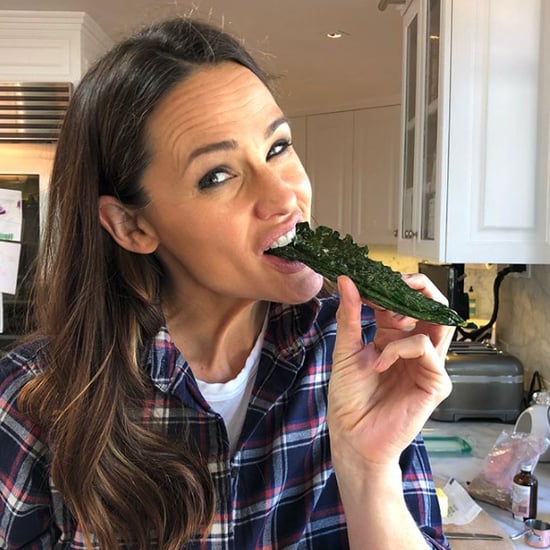