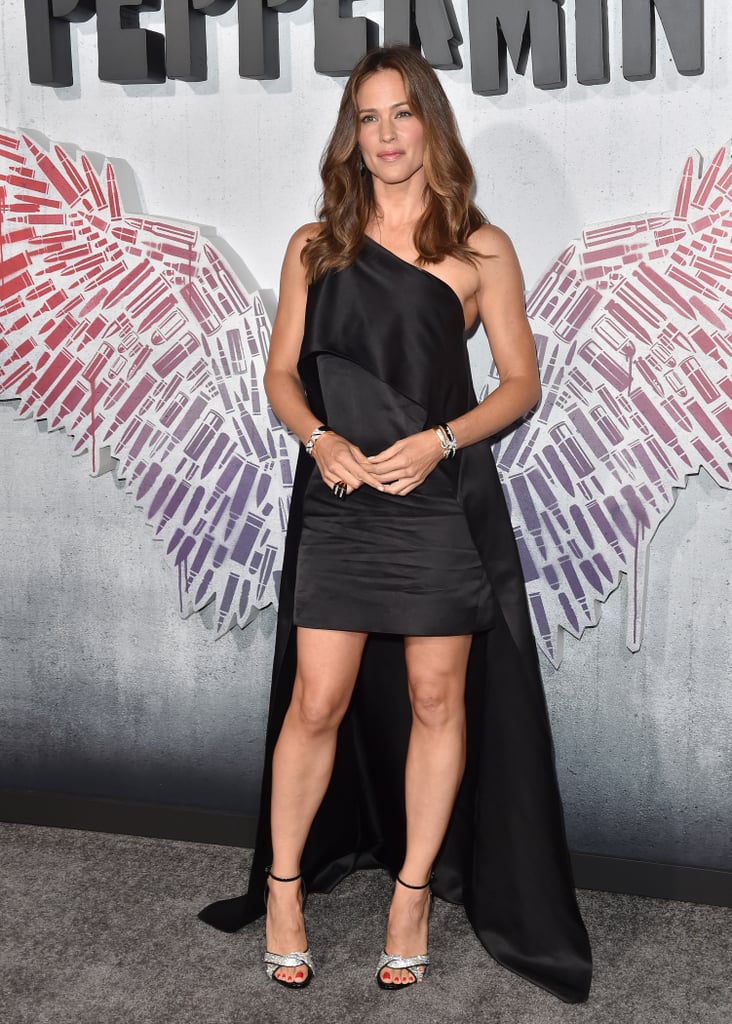 When Jennifer Garner stepped out for the premiere of her new film Peppermint on Tuesday, you may have been fooled into thinking you'd gone back in time, as we got instant flashbacks to another time the actress stepped out in a dramatic one-shouldered black dress, at the 2016 Oscars. Looking just as radiant as she did back then, the actress playfully posed with co-stars Cailey Fleming and Annie Ilonzeh, along with director Pierre Morel, sporting an undeniable glow.

It's certainly been an eventful month for the actress. Along with promoting her new film, Jennifer was honoured with a star on the Hollywood Walk of Fame, and appeared to be in good spirits despite taking ex husband Ben Affleck to rehab following a reported intervention.

Jennifer plays a grieving mother turned deadly vigilante in Peppermint, hitting theatres on Sept. 7. Until then, read on and join us in praying that Jen drops her beauty regime soon.