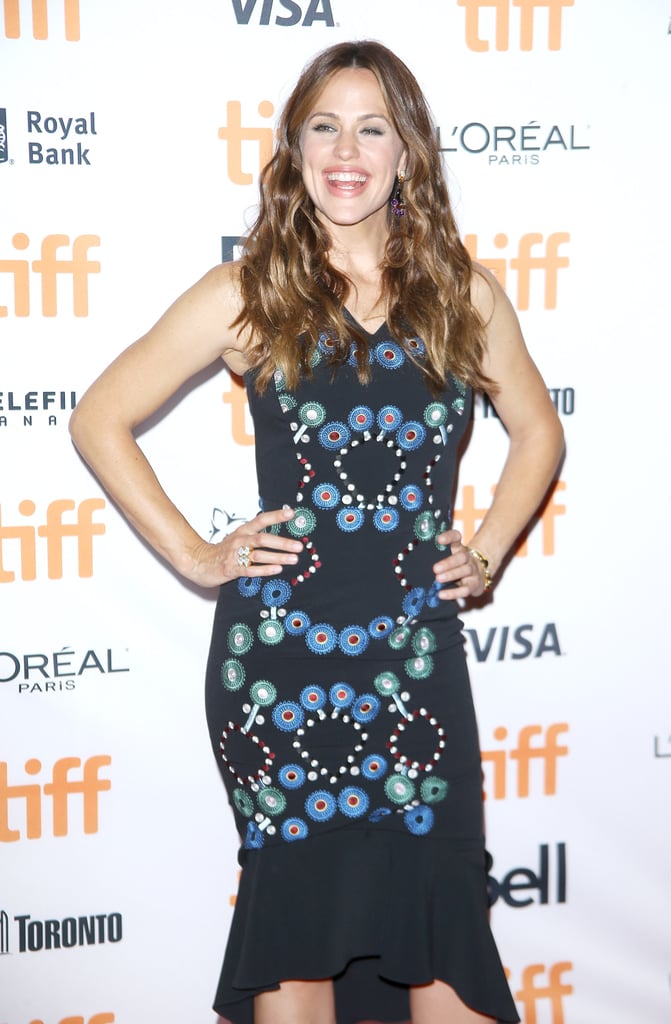 Jennifer Garner touched down in Canada for the Toronto Film Festival this week, and on Tuesday, the actress stepped out for the debut of her latest film, Wakefield. Clad in a black printed dress, Jennifer was her usual perky self as she waved to fans and struck poses alongside her costar Bryan Cranston. In the movie, Bryan plays a successful lawyer who has a nervous breakdown and leaves his wife (played by Jennifer) to live in an attic for several months. In addition to the film, Jennifer has also been busy being a doting mom to her three children, Violet, Seraphina, and Samuel. Most recently, we saw her looking like super mum while taking her kids to karate class.

Related:
10 Things Ben Affleck and Jennifer Garner Have Said About Each Other Since Their Split
Previous Next Start Slideshow
Join the conversation
Red CarpetToronto Film FestivalJennifer Garner
More from POPSUGAR
From Our Partners
Related Posts