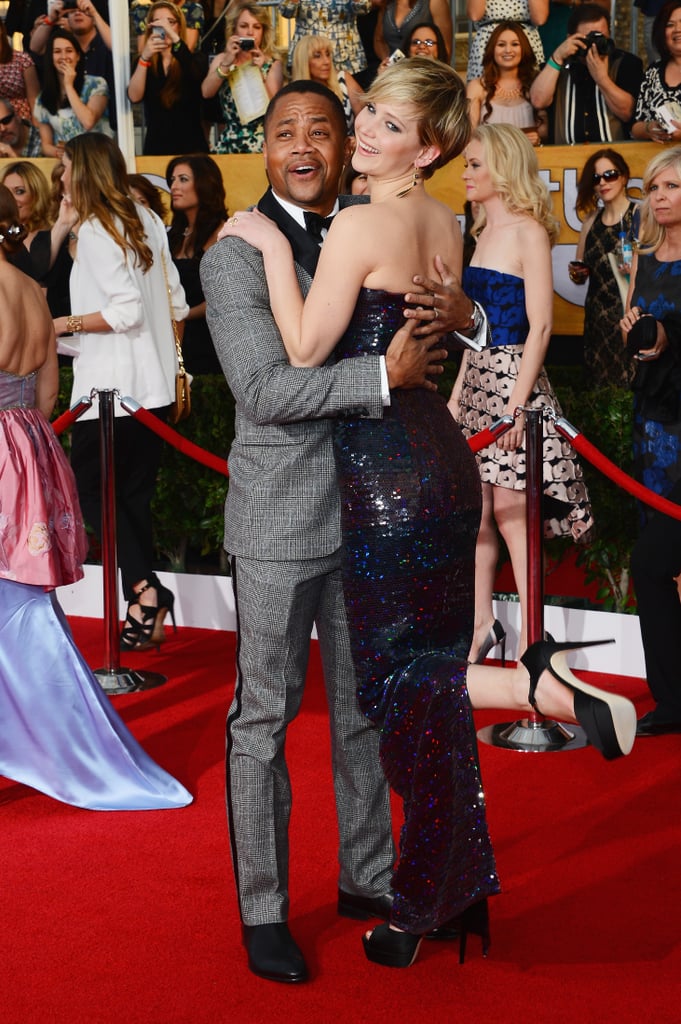 After having the best Golden Globes night ever and being nominated for her third Academy Award, Jennifer Lawrence was back on the red carpet for the SAG Awards in LA today. She wore a stunning Dior dress and was her usually bubbly, charming self, kissing director David O. Russell on the red carpet and having fun with everyone from Cuba Gooding Jr. to Lupita Nyong'o. Jennifer was nominated for the outstanding supporting actress award, but lost out to Lupita for the second time — the 12 Years a Slave star took home the honour at the Critics' Choice Awards on Thursday, too. Click through for more pictures of Jennifer's night at the SAGs, and don't forget to vote for her look in our fashion and beauty polls!