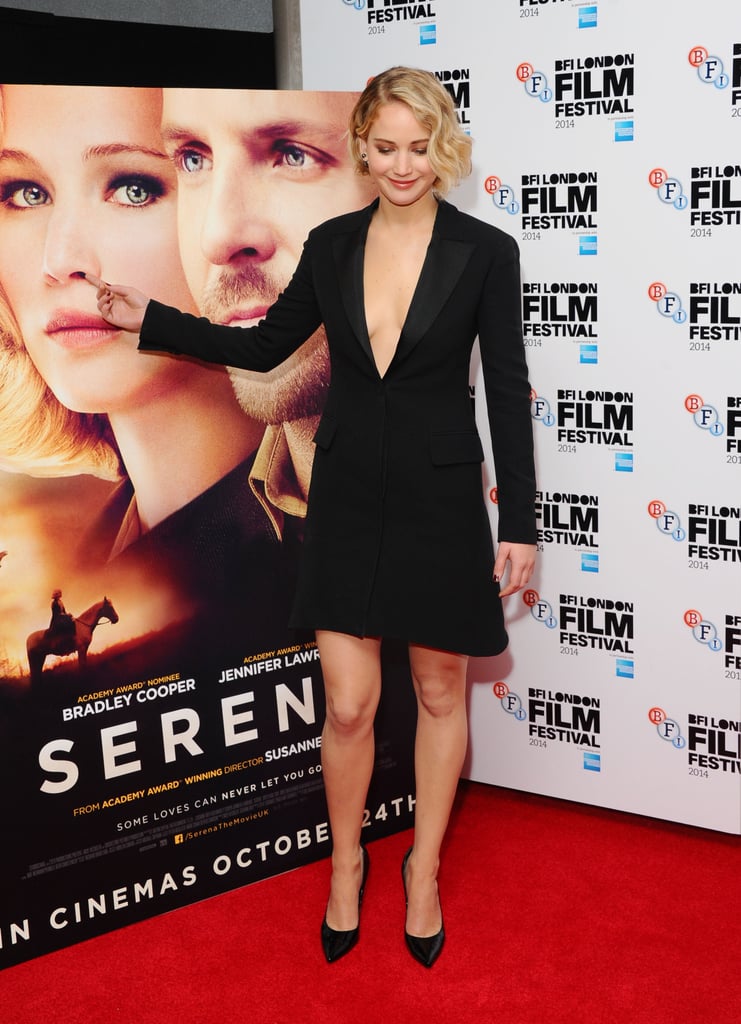 Jennifer Lawrence Picks Her Own Nose at the Serena Premiere

Jennifer Lawrence was her usually silly self at the London Film Festival premiere of her latest project, Serena, in England on Monday. Despite looking super sexy in a low-cut black tuxedo dress, Jen made sure to crack everyone up with her red carpet antics, which included pretending to pick her own nose on the movie poster. She then posed for photos with director Susanne Bier before heading inside to speak to the audience before screening the movie. Jennifer stars opposite Bradley Cooper in the Depression-era adaptation, which marks their third time working together on screen — the two previously co-starred in 2012's Silver Linings Playbook and last year's American Hustle — and we've already gotten a glimpse of their chemistry in the film's trailer.

We last spotted Jennifer hanging at home in LA, where she's been spending time for the past few months with her new beau, Coldplay's Chris Martin. In a recent Vanity Fair interview, Jennifer steered clear of talking about the new relationship but did open up about the nude photo leak that made headlines in August, saying, "It is not a scandal. It is a sex crime. It is a sexual violation. It's disgusting." The Hunger Games star also shot a hilarious behind-the-scenes video for the magazine, where she 'fessed up to her Real Housewives addiction and called Cool Ranch Doritos "my girl." Keep reading for more photos of Jennifer looking gorgeous in London.