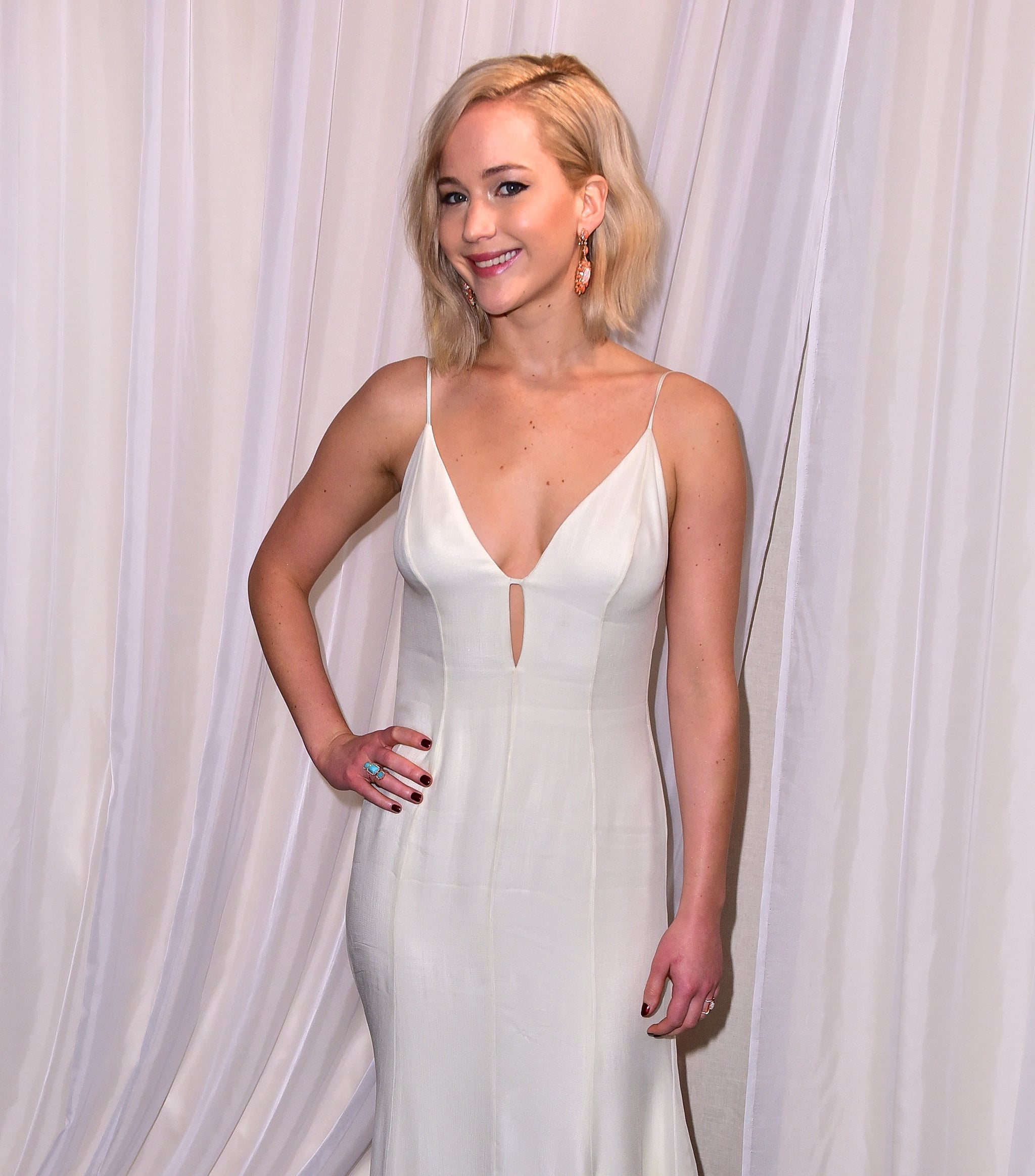 Jennifer Lawrence was her usual comical self at the NYC premiere of Joy on Sunday night and made a few candid comments about Kim Kardashian and Kanye West's newborn son, Saint, during her red carpet interviews. The actress told E! News, "Oh, my God! It was like when Princess Kate was having a princess." She went on to compare Saint's birth to that of Princess Charlotte's, saying, "I can't wait for it to be 16 years from now, we'll have a teenage princess. That's just the same in America and we'll have a little prince."

Unlike Kirsten Dunst, who recently remarked, "I don't know what that is," about the newest member of the Kardashian family, Jennifer has a close connection to the group; she's a noted fan of their reality shows and even had Kris Jenner pop up at her birthday party. The two snapped a hilarious photo while in bed together that Kris captioned, "Happy Birthday you piece of sh*t." Jennifer revealed on the red carpet that she hasn't seen a photo of little Saint yet, but added: "I'm so mad that they stole my baby name though — Saint Lawrence."

Wedding
A Skims Shapewear Collection For Brides Has Arrived, and Yes, There's Something Blue
by Kelsey Garcia 12 hours ago

Pop Quiz
How Well Do You Know the Most Quotable Family Ever? Try This KUWTK Quiz to See
by Hedy Phillips 1 day ago

Award Season
Tyler Perry's Emmys Speech Had a Powerful Message: "We Are All Sewing Our Own Quilts"
by Grayson Gilcrease 4 days ago

Award Season
Mark Ruffalo's Emmys Speech Is a Poignant Reminder: "Fight For Those Who Are Less Fortunate"
by Grayson Gilcrease 5 days ago