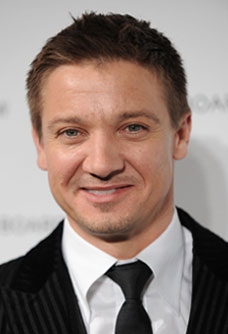 As Joss Whedon moves closer to production on his The Avengers, the film continues to add more star power. So far we've got Robert Downey Jr. as Iron Man, Chris Evans as Captain America, Scarlett Johansson as Black Widow, Chris Hemsworth as Thor, Samuel L. Jackson as Nick Fury, plus Don Cheadle as War Machine—and now Hurt Locker star Jeremy Renner has signed on as well. The Oscar nominee will play Hawkeye, whose weapon of choice is a bow and arrow. I'm happy to see Renner picking up steam after his breakout role, but can you see him as a superhero? I'm not so certain.