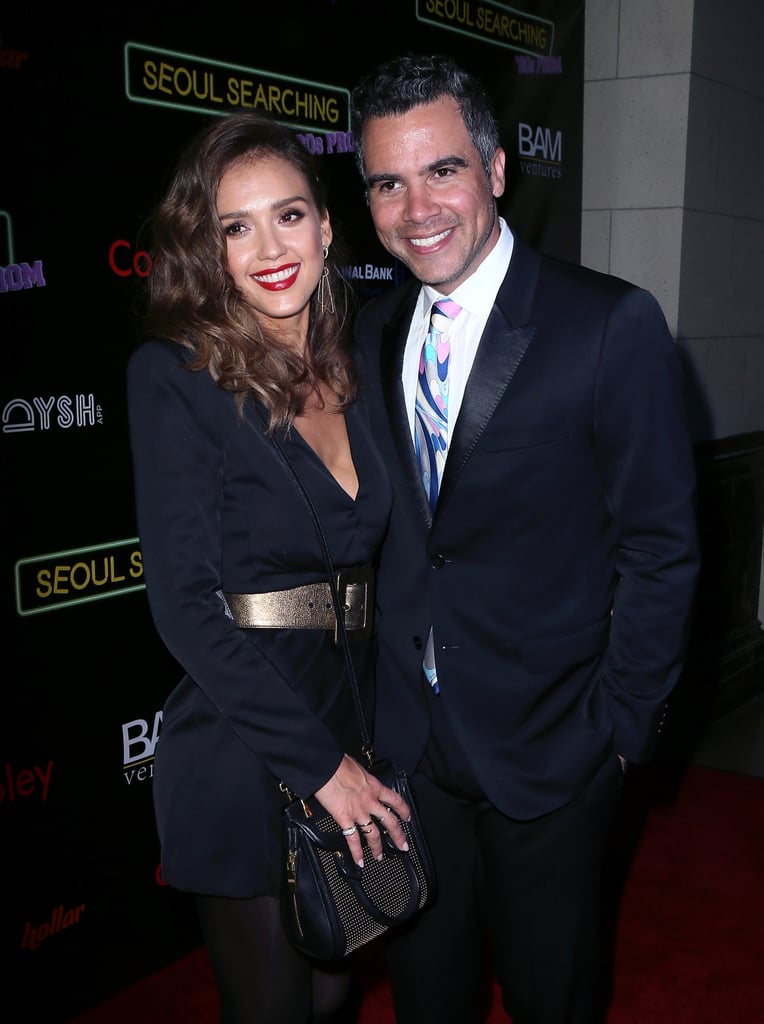 Jessica Alba and Cash Warren stuck together while making their way down the red carpet in LA on Friday night. The couple attended the premiere of Seoul Searching, a coming-of-age comedy set in 1980s Korea, and were all smiles as they posed for photos and checked out something on Jessica's cell phone. It's just the latest in a series of sweet moments between Cash and Jessica, who have been married for eight years and are parents to two adorable daughters, Honor and Haven.

While Jessica has made a name for herself as an actress, mum, and entrepreneur, she hasn't always been comfortable in the limelight. In a recent InStyle interview, Jessica admitted to being "very uncomfortable" with her sex-symbol status, and she "sort of went through a life crisis" at 25, saying, "I was like, 'This isn't what I set out to be. I'm so much more than this, but I don't know how not to be a sex symbol.'"