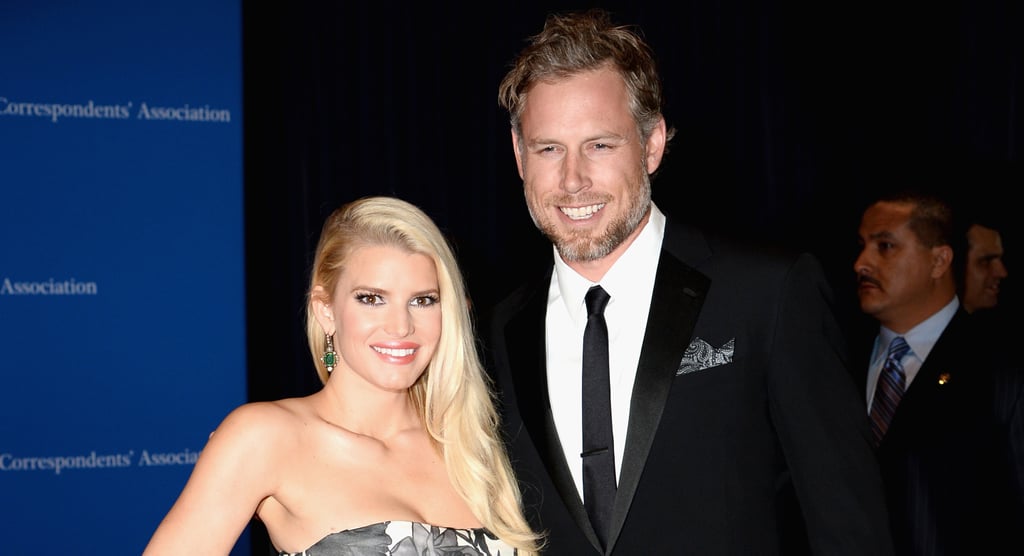 It's official: Jessica Simpson is a married woman! The bride tied the knot with fiancé Eric Johnson in a ceremony at San Ysidro Ranch in Montecito, California, on Saturday. "We are overwhelmed with complete happiness and love, having made our eternal commitment," the couple told People in a statement. "To say 'I do' in front of family, friends, and most importantly, our children has been the happiest moment of our lives."

The newlyweds exchanged vows in front of 250 family members and friends, including Jessica's parents Joe and Tina Simpson, sister Ashlee Simpson and her fiancé Evan Ross, long-time best friend CaCee Cobb and her husband Donald Faison, and pals Jessica Alba and Cash Warren. Jessica reportedly had two bridesmaids — Ashlee and CaCee — for the big occasion. Jessica and Eric's kids also played roles in the wedding — son Ace served as the ring bearer, while daughter Maxwell was the flower girl. As for the dress, Jessica wore a custom-designed Carolina Herrera gown.

Jessica and Eric's journey to the altar has included several milestones over the years. Their courtship started in May 2010, nearly five years after her split from Nick Lachey. It took Eric just a few months to pop the big question to Jessica that November, and ever since, Jessica's ruby-and-diamond Neil Lane sparkler has been firmly kept on her ring finger. In 2012, the fashion designer and former football player became parents for the first time when Jessica gave birth to Maxwell. Their bundle of joy got a sibling the following year when Ace was born. Throughout all the excitement, Jessica has been candid about her life on Instagram, sharing photos of her sweet family moments and incredible bikini body. Stay tuned for more details.