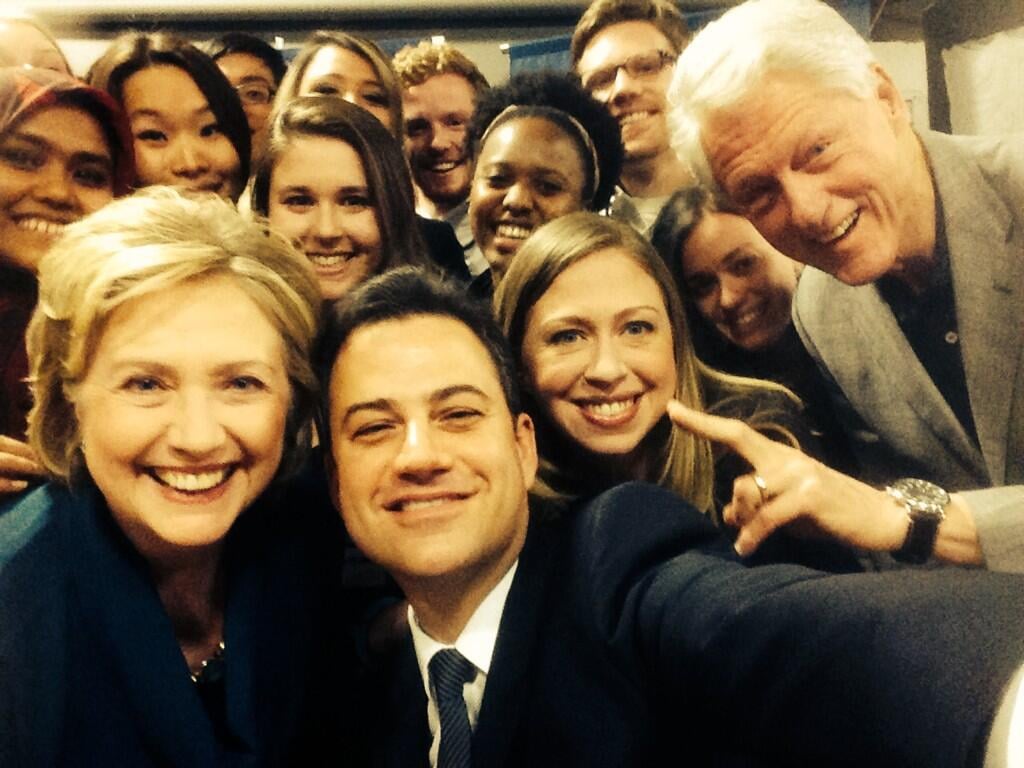 The Clintons Huddle With Jimmy Kimmel For a Smiley Selfie

What happens when you put Jimmy Kimmel in the same room with the Clinton family? He snaps a selfie with Bill, Hillary and Chelsea! The epic moment happened when Jimmy met up with America's former first family and moderated a Clinton Global Initiative University event in Tempe, Arizona, over the weekend. Ten other people gathered for the group photo, which Jimmy described as an attempt to compete with Ellen DeGeneres' massively popular Oscars selfie. "@TheEllenShow- No Brad Cooper but 3 Clintons & a Kimmel @BillClinton @HillaryClinton @ChelseaClinton #selfie," Jimmy tweeted on Saturday. Hillary did her part to spread the message, retweeting the image to more than one million followers.

It's unclear whether camera crews filmed video for an upcoming episode of Jimmy Kimmel Live! Capturing interactions with political leaders is part of Jimmy's MO. Earlier this month, the late-night host had an intense interview with Toronto Mayor Rob Ford.