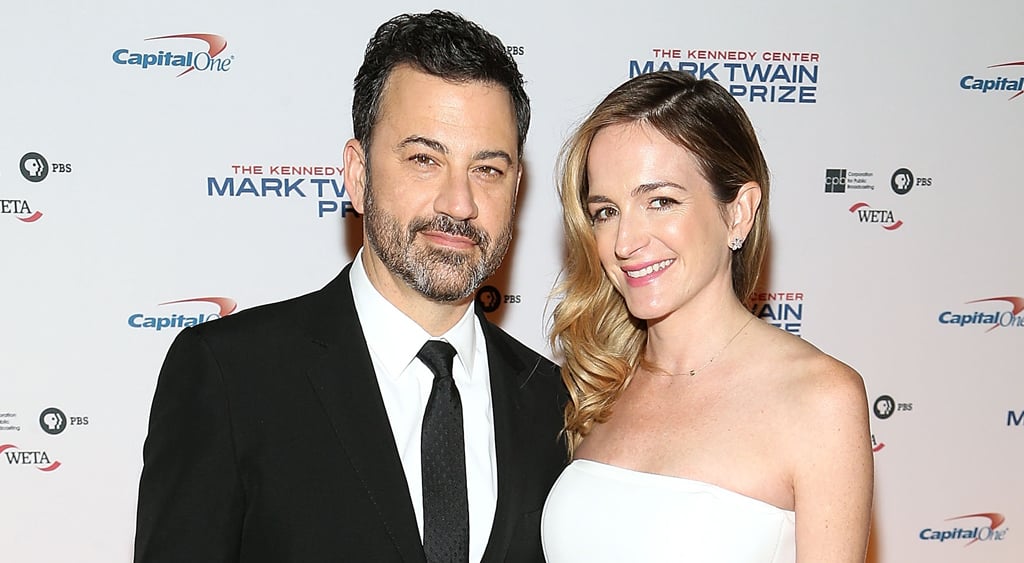 Jimmy Kimmel and wife Molly McNearney are going to be parents again! The couple, who tied the knot back in July 2013, are expecting their second child together, People reports. After announcing that he will host the Oscars in February, Jimmy revealed the exciting news during Monday's episode of Jimmy Kimmel Live!, saying, "Also, my wife is hosting a baby inside her body. So that's what's coming."

As for the sex of the baby, Jimmy told the audience, "We got the ultrasound, which is weird because it's like you're already spying on the baby, but we asked the technician not to tell us whether we're having a boy or a girl. Our plan is to let the child decide for itself. We want that to be a surprise, but I have been trying to think of names that would work for a boy or girl. So far, I've come up with two: number one, Dyson, after the vacuum, or Gelatin with a J. No? That's exactly what my wife said." The late-night host and writer are already parents to 2-year-old daughter Jane, while Jimmy also has an older son and daughter from a previous marriage.