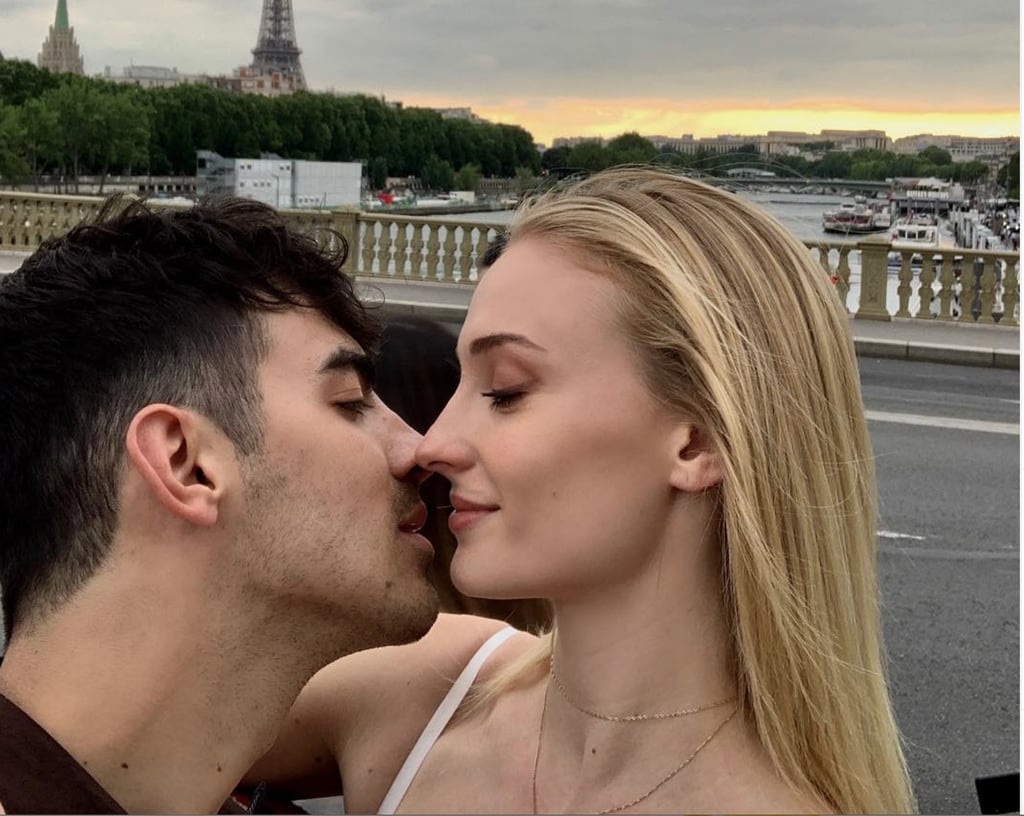 Joe Jonas and Sophie Turner are tying the knot in France very soon, but right now, they're taking in all the sights with family and friends. Over the weekend, the couple were spotted holding hands as they made their way around Paris. At one point, Joe played proud Instagram husband as he snapped a few pictures of Sophie twirling around the Tuileries Garden. The two even shared a cute selfie of them mid-kiss in front of the Eiffel Tower. During their weekend excursion, the pair were also joined by Joe's brother Nick and his wife, Priyanka Chopra, as well as actor Wilmer Valderrama and his girlfriend, Amanda Pacheco. On Monday, the whole group took a riverboat cruise on the Seine river, which both Joe and Nick documented on social media.

In May, Joe and Sophie shocked everyone when they tied the knot in Las Vegas shortly after the Billboard Music Awards. Even though they are already Mr. and Mrs. Jonas, they plan on having another wedding with all their loved ones in France. The couple haven't officially revealed when they're getting married again, but Dr. Phil's recent comment on their photo seems to confirm their wedding date is June 29. Until then, see some of their cutest pre-wedding moments ahead!

Antiracism
In a Powerful Moment, Amber Riley Led a Sing-Along to Beyoncé's "Freedom" at an LA Protest
by Monica Sisavat 9 hours ago

Celebrity News
Lizzo Has an Important Message For Fans: "As Long as You Stay Silent, You Are Part of the Problem"
by Yerin Kim 2 days ago