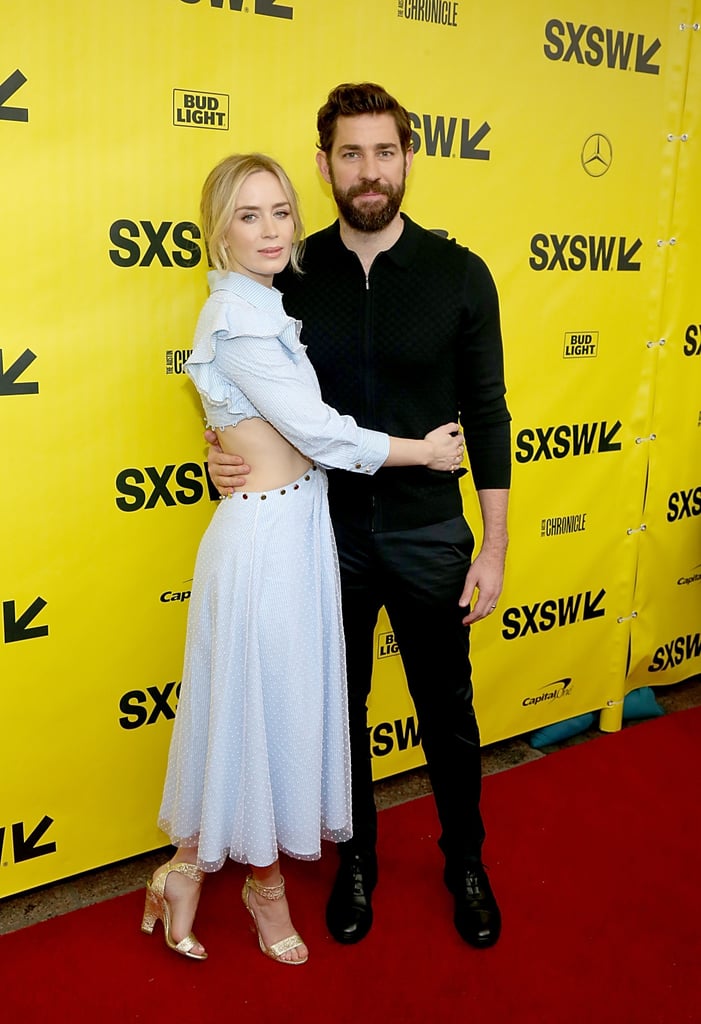 John Krasinski and Emily Blunt weren't afraid to show a little PDA at this year's SXSW Film Festival. The couple, who both star in the upcoming horror A Quiet Place, couldn't keep their hands off each other on the red carpet at the film's premiere in Austin on Friday. John and Emily tied the knot back in 2010 and welcomed their first child, daughter Hazel, in 2014, and second daughter Violet in July 2016. Keep reading to see more photos from their latest flirty outing, then check out the trailer for the thriller, also directed by John and hitting cinemas April 5.

Related:
John Krasinski and Emily Blunt Really Have the Look of Love Down
Previous Next Start Slideshow
Join the conversation
Emily BluntJohn KrasinskiCelebrity PDACelebrity Couples
More from POPSUGAR
From Our Partners
Related Posts