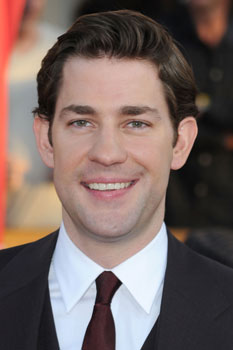 It might not be time for John Krasinski to slip into a superhero costume just yet, but you can still look forwarding to seeing that smirk on the big screen again soon. Krasinski is in talks to star opposite Ginnifer Goodwin in Something Borrowed, as well as the sequel Something Blue. Here's the catch—he'll have a smaller role in the first film as Ginnifer's close friend, before stepping up as the leading man and love interest in the second film.

I've always had a soft spot for Krasinski, and I particularly loved watching him ham it up in It's Complicated. Though it sounds like he's trying to break into something outside the rom-com realm, I'm happy to have him stick around for now. Fans of the books—is Krasinski a good fit?