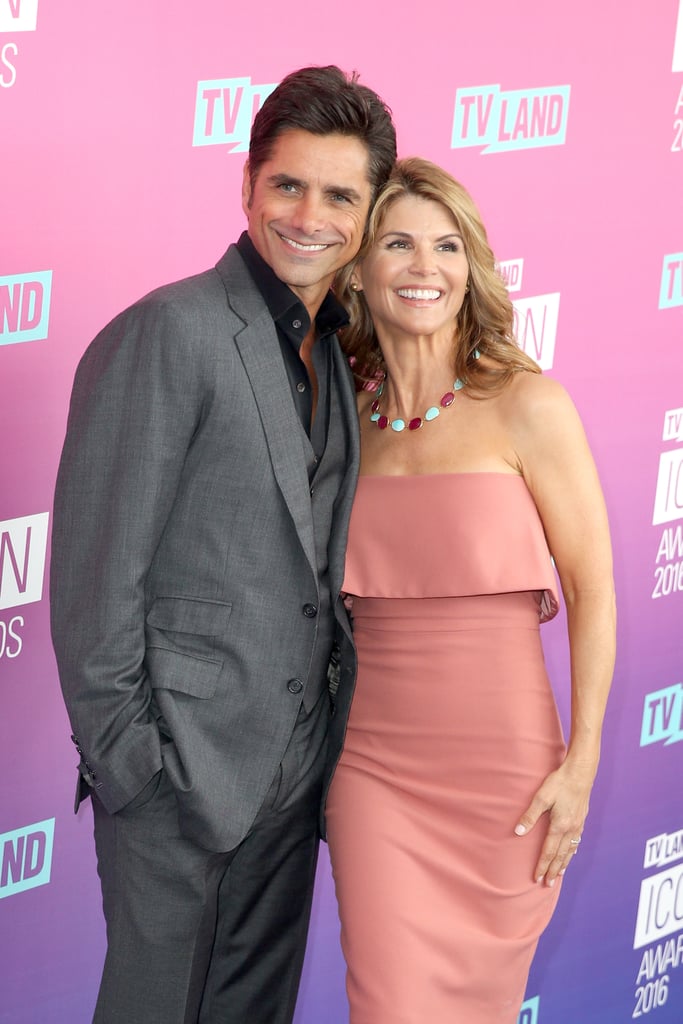 John Stamos and Lori Loughlin Walk the Red Carpet Together, Make All of Your Full House Dreams Come True

If you're one of the many people out there who choose to believe Fuller House's Uncle Jesse and Aunt Becky are married IRL, the following pictures might be hard for you to look at. John Stamos and Lori Loughlin, the people whose fictional TV marriage inspired some of the earliest relationship goals, walked the red carpet together at the 2016 TV Land Icon Awards in Santa Monica on Sunday, looking downright adorable while doing so. Lori (who maybe-possibly-probably hasn't aged a day since originally starring on Full House?!) rocked a curve-hugging pink dress, and John was charming and sexy in a gray suit. Although Lori is actually married to Mossimo Giannulli, the co-stars have always made their platonic love for each other known. Keep reading to see more photos of the pair, and check out the hilarious way John handled negative critiques of Fuller House!