It's been a good month for Johnny Depp. He's been named Actor of the Decade at the People's Choice Awards, was the guest of honour at Serbia's Kustendorf Film and Arts Festival and now he has another accolade to celebrate—he's at the top of American GQ's Most Stylish Men in the World list. Joining Johnny in the list is Robert Pattinson, along with Brad Pitt, David Beckham and Mr Bündchen, Tom Brady. 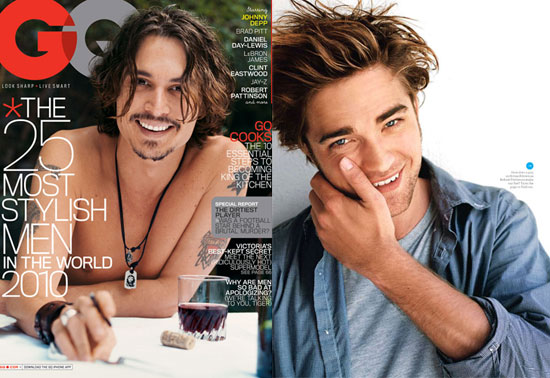