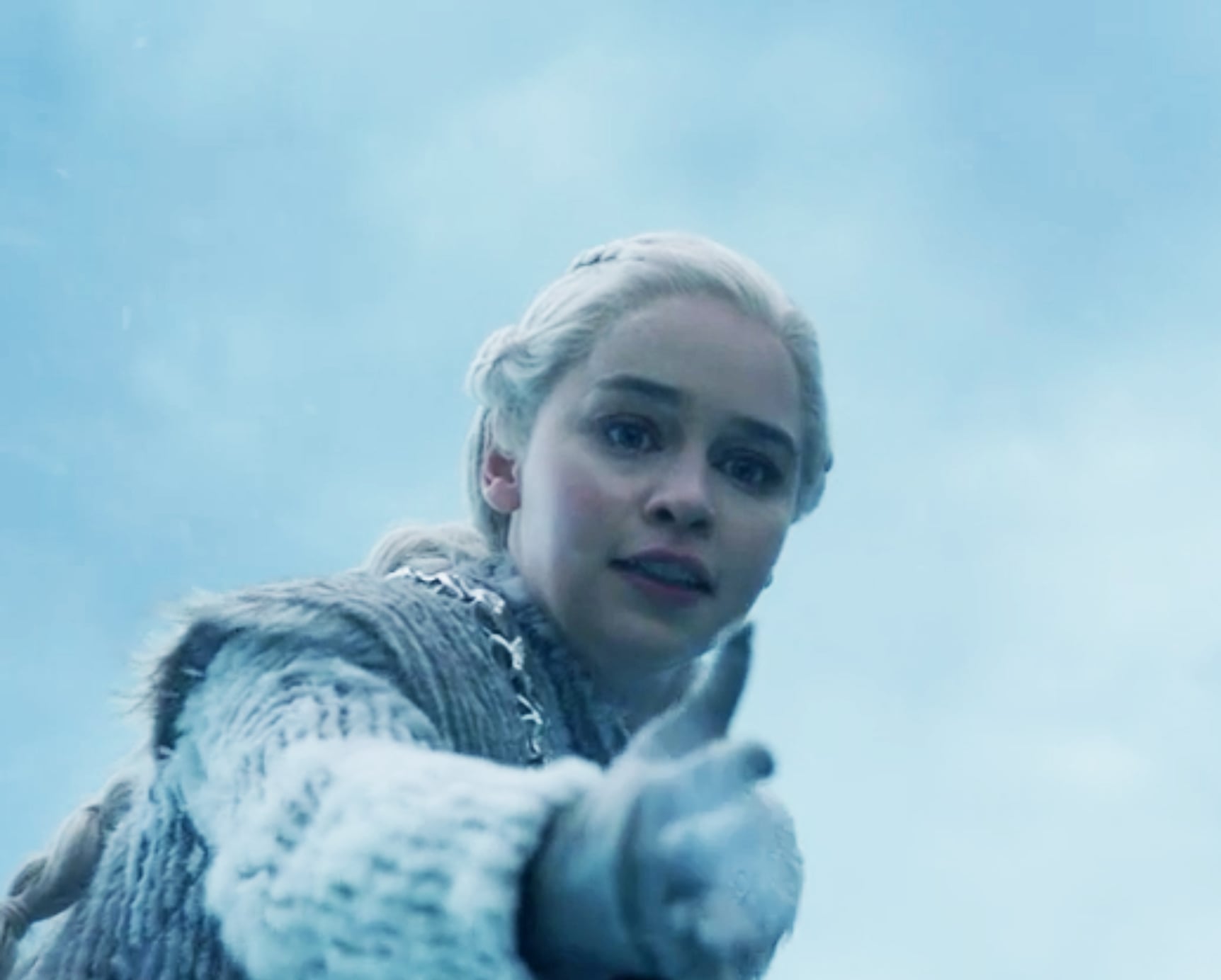 Daenerys Targaryen might think that she's unable to have kids, but if one fan's theory proves true, her womb is about to get a huge surprise. According to one Tumblr user's interpretation of an important line from the series, not only can Daenerys have children following the death of her dragon, Viserion, but she'll be able to fulfill a huge prophecy by doing so.

You see, after Mirri Maz Duur (the priestess from season one who uses blood magic to "heal" Khal Drogo) tells Daenerys that "only death can pay for life," she also prophesies that "he will return" once Daenerys's womb quickens and she bears a living child. Though fans — and Daenerys herself — initially interpreted this prophecy to mean Khal Drogo would return, it could actually be taken a number of ways; perhaps even harkening the return of Azor Ahai. And the Tumblr user girlwiththerubyslippers purports that Daenerys's womb may quicken again sometime soon, when she becomes pregnant with Jon Snow's child.

This baby would fulfill not one, not two, but three massive prophecies in the series.

Kids are clearly on Jon and Dany's minds during the sixth episode of season seven, when she warns him solemnly that she is unable to bear children. But what if she's wrong? There's another prophecy to be fulfilled, and a Targaryen child could check all the boxes.

During Daenerys's time in the House of the Undying, she has a vision of her brother, Rhaegar, stating that "the dragon has three heads." Per this Tumblr theory, Viserion's tragic death could pay for life in the form of a baby, and that baby would be the foretold third head of the dragon. While we've previously theorised that Tyrion Lannister might fill this role, it makes even more sense for the two living Targaryens to produce a third and for Daenerys's literal third dragon to make it possible.

And if Daenerys's womb quickening does indeed foretell the return of Azor Ahai, it would also mean that her baby with Jon fulfills that prophecy as well. Could it be that instead of Rhaegar Targaryen, Ser Davos, or any of the previous guesses for The Prince That Was Promised, Jon and Dany's yet-to-be-conceived infant could be the saviour of Westeros? That would be a doozy . . . this baby would fulfill not one, not two, but three massive prophecies in the series, essentially wrapping the entire GOT franchise into one neat little package.

So, do you think that Jon and Daenerys have an unexpected pregnancy in store that will change their destinies (for more than just the usual reasons)? If their child fulfills the Three Heads of the Dragon prophecy, the Azor Ahai prophecy, and the death-paying-for-life prophecy all in one, we're in for a crazy final seven episodes of the show!