Remakes are the trend du jour in Hollywood and now there's one more to add to the list. Back in May it was revealed that Superbad actor Jonah Hill was writing a film adaptation of 21 Jump Street, and now we hear the movie is going forward—with Hill as the star. Phil Lord and Chris Miller, the masterminds behind Cloudy With a Chance of Meatballs, are in talks to head up the film for Columbia Pictures. 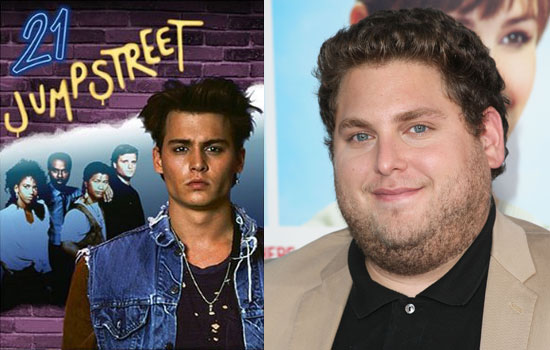 Though Jonah Hill has made me laugh on many occasions, I'm sure it doesn't need to be said that he's no Johnny Depp. I was secretly hoping Jonah's involvement would stay strictly behind the scenes, but how do you feel about these developments now that the movie is looking like a reality?