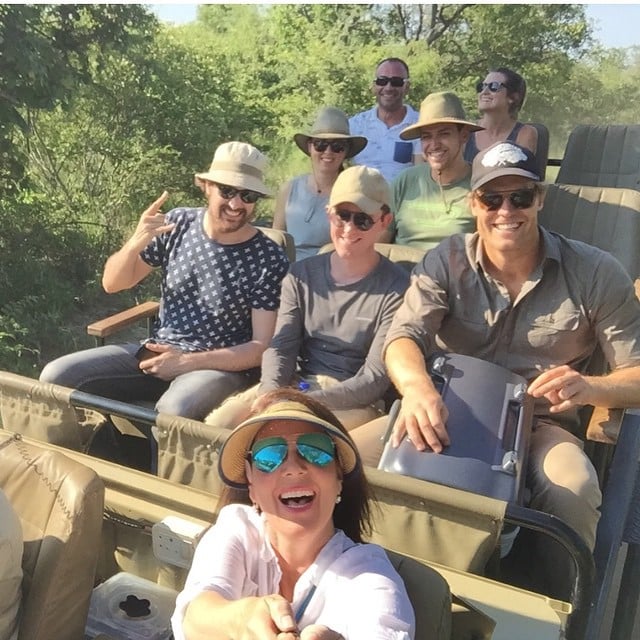 Julia Morris has been in the South African jungle for a couple of weeks to prepare for the launch of Australia's first-ever series of I'm a Celebrity . . . Get Me Out of Here!. The popular Aussie actress and comedian is co-hosting the reality show with TV vet Dr. Chris Brown, and is one of the few people who actually knows which stars will really be entering the jungle — there's been a lot of speculation about the cast, with Network Ten releasing daily clues about them, and so far it seems like Richard Reid and Chrissie Swan are all but confirmed for roles on the program, which will air live on weeknights.

Before Julia packed up her life for a few months, and left the comfort of Melbourne for whatever the South African jungle has planned for her, we asked her to fill out a little Q&A to get some insight into her hosting role.