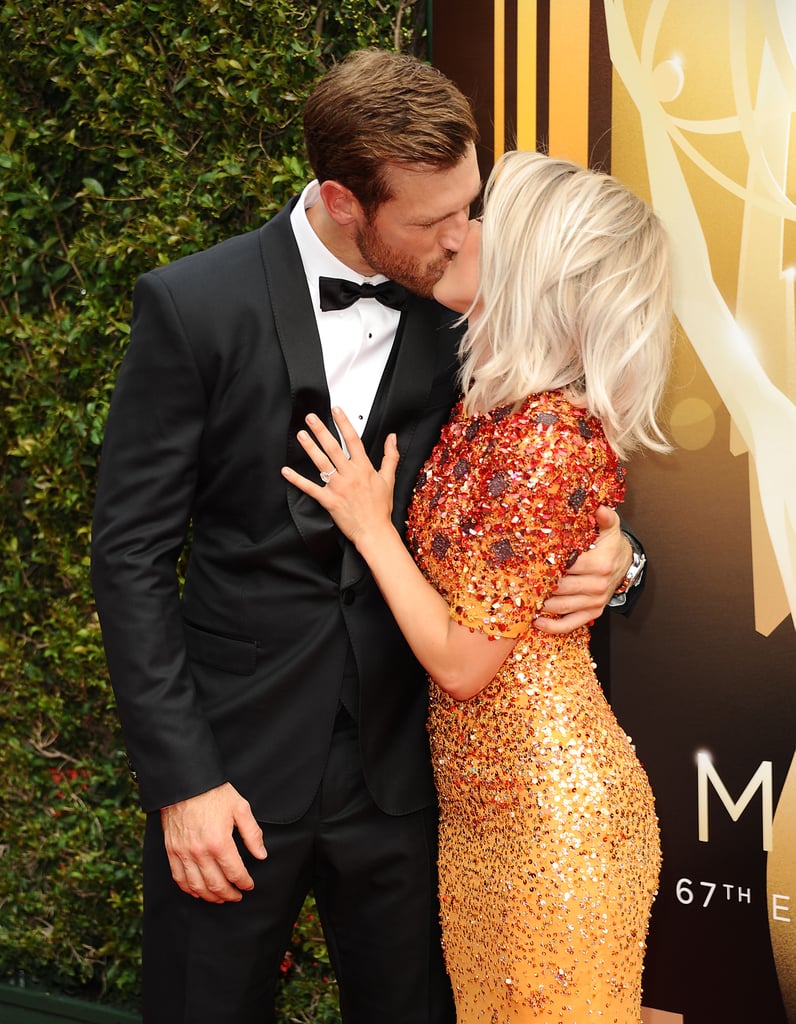 Julianne Hough, 28, tied the knot with NHL player Brooks Laich, 34, in a romantic outdoor ceremony near Coeur d'Alene, Idaho, on July 8, but the couple has been offering up swoon-worthy moments since they first got together in 2014. The two frequently share cute photos of their fun adventures on Instagram, and Brooks often steps out to support Julianne at red carpet events. In the August 2014 issue of Redbook magazine, the Dancing With the Stars pro revealed that she met Brooks after attending a "six-day seminar about creating your own destiny. . . . The next day my Curve co-star introduced [Brooks and me]. It couldn't have been a better time. We've been open and honest from day one." Perhaps fairy tales are real after all.

Hair
Halsey Shaved Off All Her Hair, and Her New Look Is 10/10 on the Badass Scale
by Chanel Vargas 22 hours ago