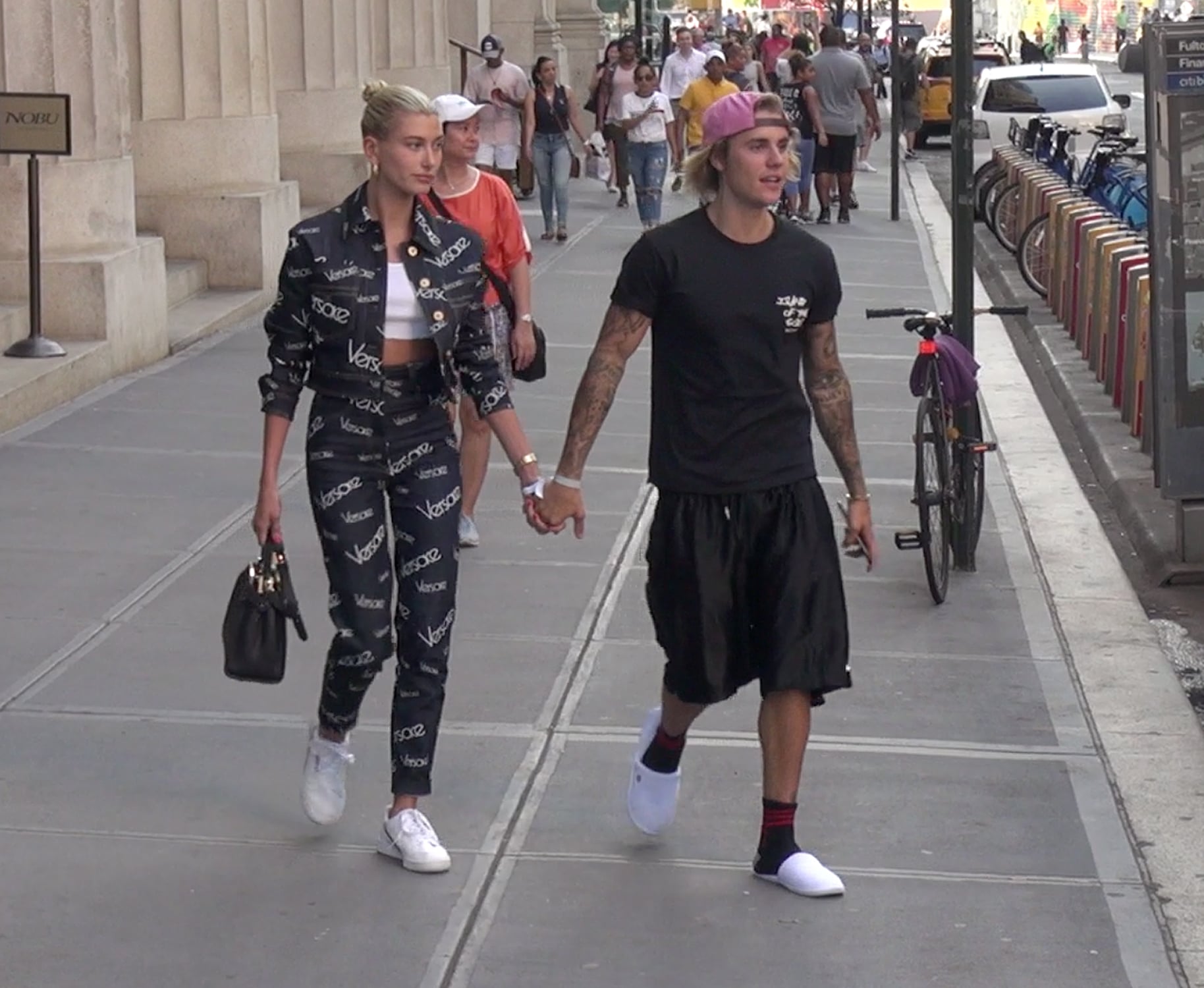 You might want to take a seat for this one, because Justin Bieber and Hailey Baldwin are reportedly engaged! According to TMZ, Justin popped the question to Hailey while holidaying in the Bahamas on Saturday night. Two eyewitnesses told the outlet that the 24-year-old singer's security told everyone to put their phones away because "something special was about to happen." Neither Justin nor Hailey have confirmed anything yet and we haven't seen a confirmed engagement ring, but Justin's dad, Jeremy, did post an Instagram photo of Justin on Sunday with the caption, "@justinbieber Proud is an understatement! Excited for the next chapter!"

Justin and the 21-year-old model dated on and off between 2015 and 2016, but got back together in June following Justin's split from Selena Gomez. I guess Justin just made Hailey "one less lonely girl." Congrats to the happy couple!