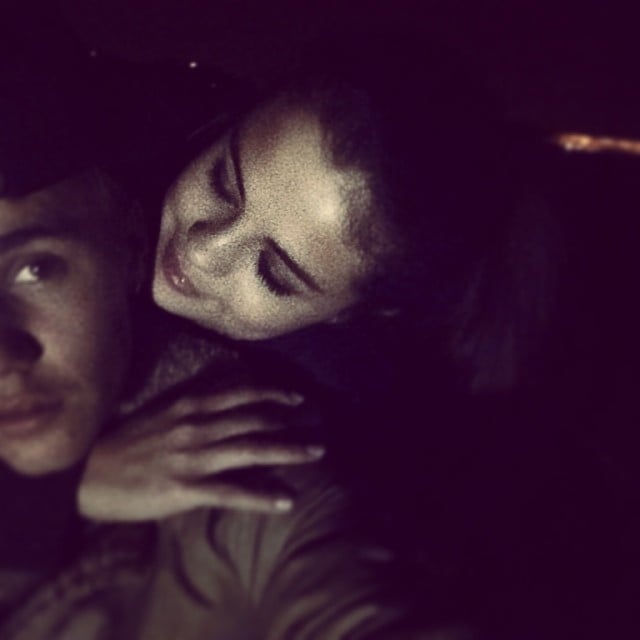 Justin Bieber is back with Selena Gomez — at least in his latest Instagram photo. The singer posted an intimate snap with Selena late Friday with the caption, "Love the way you look at me." Selena smiled and wrapped her arms around Justin as they took the selfie, igniting even more rumours that their relationship is back on. The speculation started on Thursday when the two were seen riding segways near his home in Calabasas, California. Their outing and sweet moment come on the heels of Selena's decision to take a break from her demanding career, cancelling the Australian leg of her Stars Dance world tour. Meanwhile, Justin recently said he and Selena were taking a break from talking, but admitted, "I love her to this day . . . I think we're going to be the greatest friends." What do you make of their decision to reunite?

Award Season
We Can Almost Guarantee You Know of Julia Garner's Musician Husband, Mark Foster
by Amanda Prahl 19 hours ago

David Harbour
Now That Lily Allen and David Harbour Are Married, Let's Look Back at Their Relationship Timeline
by Amanda Prahl 1 week ago
Latest Celebrity
×